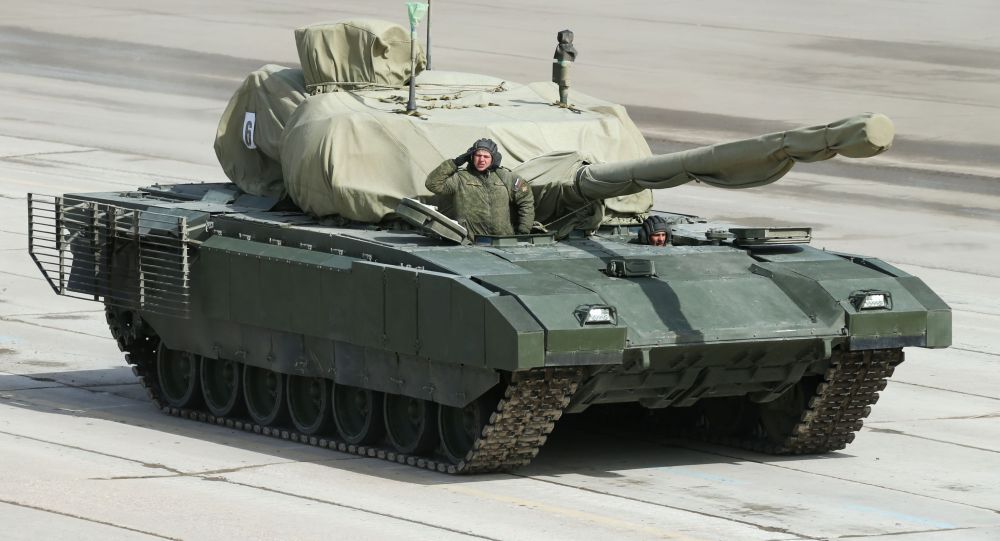 India confirmed its plans to design and build a new main battle tank (MBT) that is slated to replace tits Soviet-made T-72 tanks, which are used by the Indian Army, Gazeta.ru reported.

© AP Photo / Alexander Zemlianichenko
Back on the Scene: Russia Brings Tanks Back in Fashion
The new tank the Indian Army plans to design and manufacture is known as the Future Ready Combat Vehicle (FRCV).

The new generation MBT will form a base platform for other armored vehicles, similar to the Russian-made Armata platform. The Indian army wants to use the platform for as many as 11 different tracked vehicles, including light tracked, wheeled, bridge layer and trawl tanks, self-propelled howitzers, air defense guns, artillery observation posts and engineering reconnaissance vehicles, and armored ambulances, the Diplomat said.

India might likely use Russia's new Armata tank as a prototype for its own armored vehicle, Gazeta.ru reported. Earlier this month, defense expert Samir Patil from India's Gateway House analytical center said his country was willing to buy the Armata platform or some of its elements for future development of their own tank.

© Sputnik / Host photo agency
India Mulls Buying Russia’s Armata to Develop Its Own Future Infantry Tank
"I think India would like to purchase such a combat platform for its armed forces," Samir Patil said.

What makes the Armata tank stand out from its domestic and foreign counterparts is that the crew is securely enclosed in a multi-layer armored capsule separated from the ammunition container. The vehicle is fully computerized and only needs three servicemen to operate it.