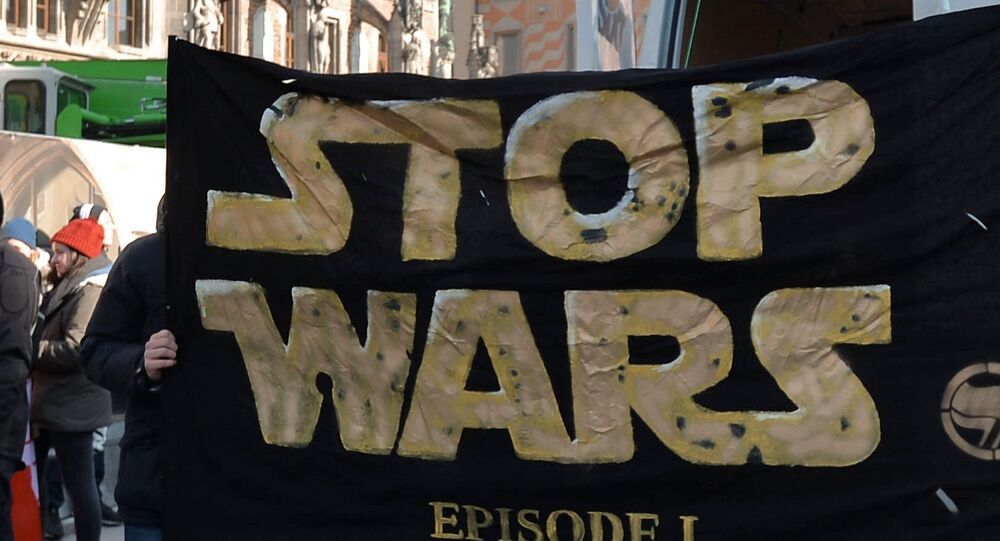 The Russian government's chief of staff Sergei Ivanov has rejected the idea that Moscow poses a security threat to the Baltic states, saying that talk of Russian military intervention in Estonia, Latvia and Lithuania is "nothing but raving nonsense" amid a build-up of NATO forces in the region.

Referring to the increase in NATO military resources in eastern Europe, and in particular the Baltics, Ivanov told the Financial Times that it was hypocritical for the West to accuse Russia of inflaming tensions.

"I find it funny to hear how Russia is being accused of military aggressiveness," he said.

"There is an expression, 'this is nothing but raving nonsense'. It is a psychological disorder to claim Russia will invade the Baltic States."

Defense Budgets: 'We are Talking About an Elephant and a Pug'

Leaders of the Baltic states have been highly critical of Moscow over what they perceive to be 'Russian aggression' in eastern Europe, with officials publicly saying they view Russia as a threat and are concerned about their national security.

© Sputnik / Vitaly Belousov
Brzezinski: Russia Has to Be Assured That Ukraine Will Never Join NATO

British Secretary of State for Defense Michael Fallon also joined the criticism, accusing Vladimir Putin's government of trying to stir tensions in the Baltics, by appealing to the countries' significant ethnic Russian minorities.

However, Sergei Ivanov said political leaders were seriously overplaying the perceived threat that Russia posed to the Baltics, while saying that Russia's defense budget was a fraction of NATO's.

"This is of course being done consciously by the Baltic States themselves in order to receive money from NATO member states," he said.

"We are talking about an elephant and a pug, a behemoth and a house cat. That is the comparability of our military budgets. We have very different military assets, but the most important question is, why would we do this? Do you seriously think that we want to unleash war with NATO? Are we suicidal?"

The comments come amid an ongoing build-up of NATO military resources in eastern Europe as the military alliance re-directs its attention eastwards.

Top Kremlin official Sergei Ivanov: NATO "is obviously destabilizing in nature and has no relation to real security problems in Europe."

Along with large-scale NATO training exercises close to Russia's borders, US officials last week announced that the Baltic states, along with Bulgaria, Romania and Poland will temporarily host heavy weapons, tanks and other forms of artillery as the West steps up it military presence in the region.

The NATO build-up has been viewed as a particularly aggressive step towards Moscow amid the recent tensions between Russia and the West, with fears it may lead to another arms race, following the announcement that Russia would add 40 intercontinental ballistic missiles to its nuclear capacities.

US, UK Intentionally Divided Russia and Europe to ‘Eliminate Rivalry’