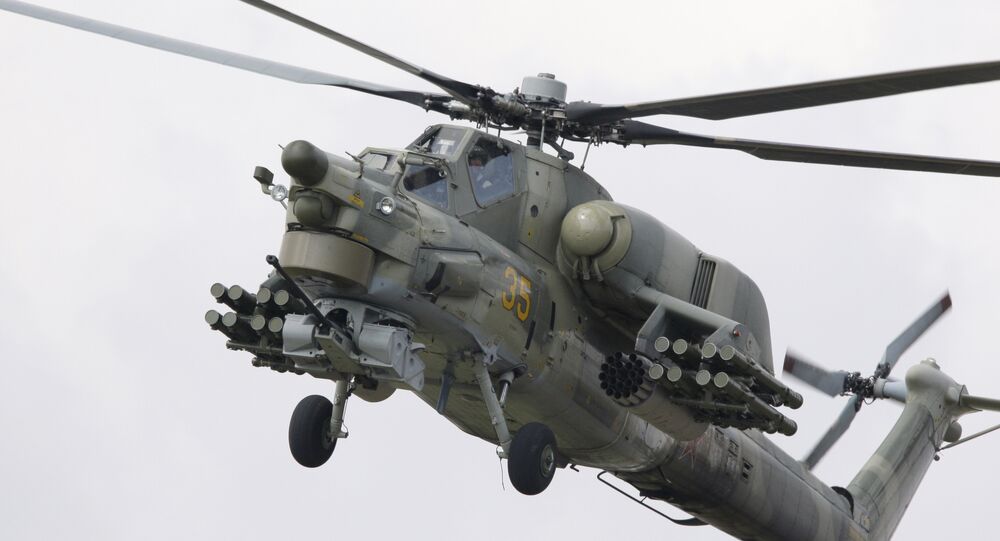 The Russian Army will be reinforced with new Mi-28Ns, Mi-26Ts and Mi-8MTV5s equipped with cutting-edge electronics.

MOSCOW (Sputnik) — Over 20 attack helicopters will boost the Russian Armed Forces on the country’s western border by the end of 2015, the senior spokesperson of Russia’s Western Military District said Tuesday.

"New army aircraft are equipped with cutting-edge electronics that allow them to perform training and combat tasks 24 hours a day in any weather conditions," the District’s press service chief, Col. Oleg Kochetkov said.

© Wikipedia
Another Eight Ships, Two Subs to Reinforce Russian Navy in 2015
New Mi-28Ns, Mi-26Ts and Mi-8MTV5s, manufactured by the Mil Moscow Helicopter Plant, will go into service in Russia's westernmost regions of Leningrad, Pskov and Smolensk.

The announcement comes amid increased tensions as a result of the US-led NATO military presence increase on Russia’s border in Eastern Europe.