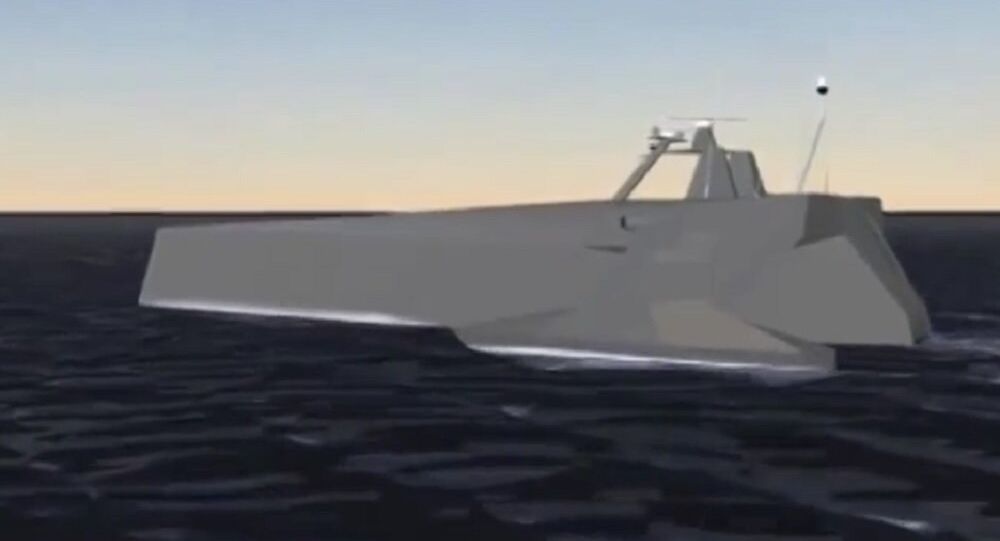 The US Navy and DARPA are developing a new anti-submarine drone aimed at tracking elusive diesel-electric submarines made by Russia and China, a US military expert revealed.

According to US expert in civil-military relations and cyber diplomacy Franz-Stefan Gady, Russian, Chinese and Iranian diesel-electric submarines have long been a thorn in the US Navy's side, since they are more elusive than their nuclear counterparts and are harder to track and destroy in the event of a naval clash.

"While not capable of traveling long distances or at great speeds, diesel-electric submarines have the potential to deny the US Navy access to strategic coastal areas and could also interrupt seaborne commerce," the military expert stressed.

© Sputnik / Ildus Gilyazutdinov
Hypersonic Missile Arm Race: US Walking a Tightrope in East Asian Region
"Equipped with air-independent propulsion systems and advanced lithium-ion batteries, the next generation of diesel-electric boats will even be harder to track down and destroy in the event of a naval conflict," he elaborated.

In order to counter this "asymmetrical threat" the US military and the Defense Advanced Research Projects Agency (DARPA) kicked off a project aimed at designing a US Navy robot ship capable of tracking enemy diesel-electric subs.

© AP Photo / Alexander Zemlianichenko
Russia Developing Self-Propelled Anti-Aircraft System for Arctic
The Anti-Submarine Warfare Continuous Trail Unmanned Vessel (ACTUV) will be reportedly able to operate autonomously up to 90 days. Once an adversary submarine is detected, the 132-foot autonomous boat will guide other US military vessels to the sub's location to destroy it.

The military expert revealed that the ACTUV prototype dubbed "Sea Hunter" will be ready for extensive tests in the fall of 2015.

"Autonomous compliance with maritime laws requires the correct identification of surface ships and other objects while at sea. DARPA is in the process of developing non-conventional sensor technologies for that purpose and issued a Request for Information (RFI) back in March 2015," he elaborated.

US technology expert and author Patrick Tucker reported earlier this year that the system had already passed a critical test, taking it a step closer to actual deployment. The expert stressed that the US Navy robot "ghost ship" could become a game-changer not just in naval warfare "but also in the way humans, ships, and robotic systems interact across the global waters."