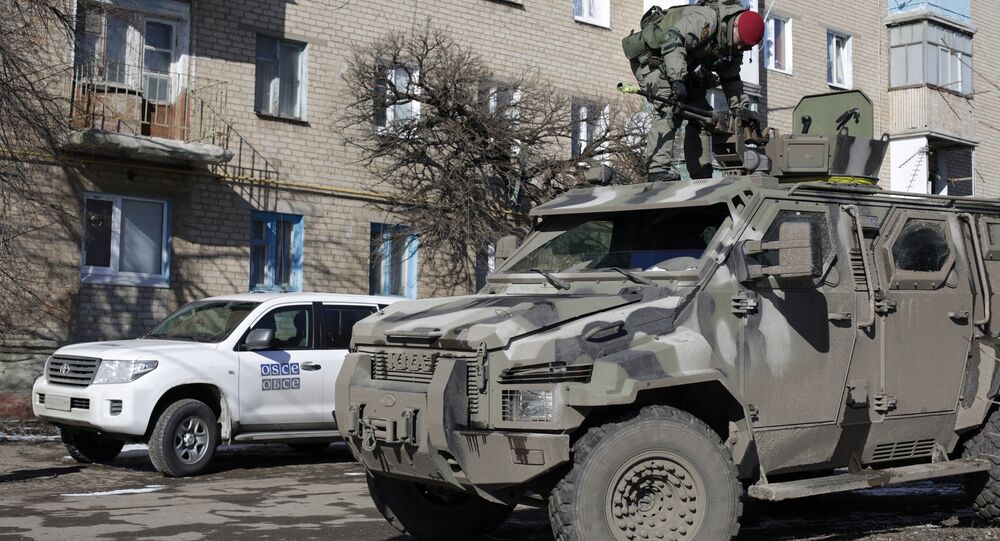 Due to the lack of support from the country’s military-industrial complex, Ukraine has to repair “old junk” and use it as its military hardware, said Yuri Biryukov, a senior adviser to President Petro Poroshenko.

This is a case when one wants to "barf" when talking about Ukraine's military-industrial complex, Biryukov said on his Facebook account.

Out of 226 KrAZ army trucks that the Ukrainian army was supposed to receive on June 30, only 113 were delivered. That means only 50 percent of the delivery plan was completed, Poroshenko's adviser said.

The army received 59 new trucks in May. Seventeen of them went out of service within the first week. Generators, gearboxes, front axles, breaks and engine cooling systems are all defective, Biryukov said.

© Sputnik / Sergey Averin
Tanks Made in Ukraine Cannot Take a Hit
At the same time, the Ukrainian army needs more than two thousand trucks. But Ukrainian rear services are currently unable to fill in the demand.

Previously, Ukrainian media reported that two-thirds of armored vehicles that the Ukrainian army received in 2014 and 2015 are currently out of service. The vehicles are broken not because of military action, but due to manufacturing defects.