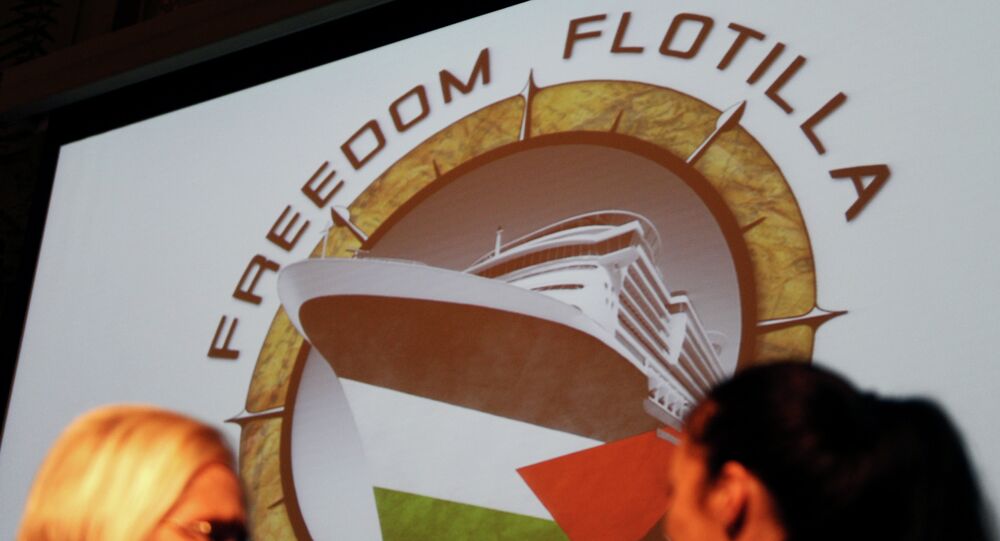 The Israeli Navy has intercepted the Swedish boat Marianne, which was leading the Freedom Flotilla with the aim of breaking through Israel’s blockade of Gaza.

TEL AVIV (Sputnik) – There were 18 people on board Marianne, including Tunisia’s former president Moncef Marzouki.

The Israeli Defense Forces' spokesman Peter Lerner later said that the boat was engaged by Israel’s Navy and was then escorted to Israel’s Ashdod Port.

The Freedom Flotilla, a convoy of ships with humanitarian aid and activists aboard, left Sweden in June, in a bid to break Israel’s naval blockade of the Gaza strip, according to organizers.

The flotilla originally included four vessels, however, three of them changed course on the night from Sunday to Monday.

It is the third large-scale attempt to bypass the Gaza blockade, introduced by Israel in 2006 after an Israeli soldier was captured by Hamas militants. The blockade was strengthened in 2007, when Hamas took control of Gaza.

Since 2010, ships from a number of countries have made unsuccessful attempts to break the naval blockade.