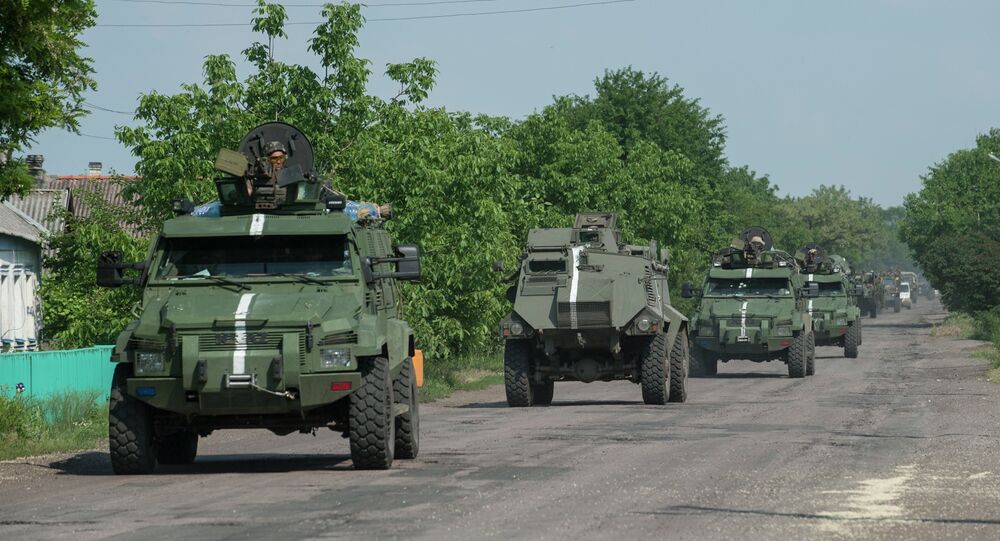 Only one-third of armored vehicles that the Ukrainian Army received in 2014 and 2015 are currently in service, Ukrainian weekly Zerkalo Nedeli (ZN) reported.

"Now, from that amount of modern equipment there are only 18 vehicles left in service," the source said.

The Ukrainian armored vehicles are out of service not because of military action, but due to poor manufacturing, ZN said.

© Sputnik / Sergey Averin
Tanks Made in Ukraine Cannot Take a Hit
Furthermore, the Ukrainian army has problems with repairing its damaged military equipment. According to the General Staff of Ukraine, out of 102 BTR-2 armored vehicles that were repaired, 85 vehicles had various malfunctions in fire control systems, turret electronics, lubrication and cooling systems.

The General Staff also reported that out of 90 repaired T-64 tanks, 66 armored vehicles had similar problems as "repaired" BTRs.

Earlier this year, Latvian media reported that Ukrainian T-64 tanks made in Kharkiv had serious manufacturing defects that significantly decreased their ability to take a hit. When Ukrainian tanks are hit, their top turrets tear away and their hulls receive severe damages, sometimes with wielding seams easily breaking apart.