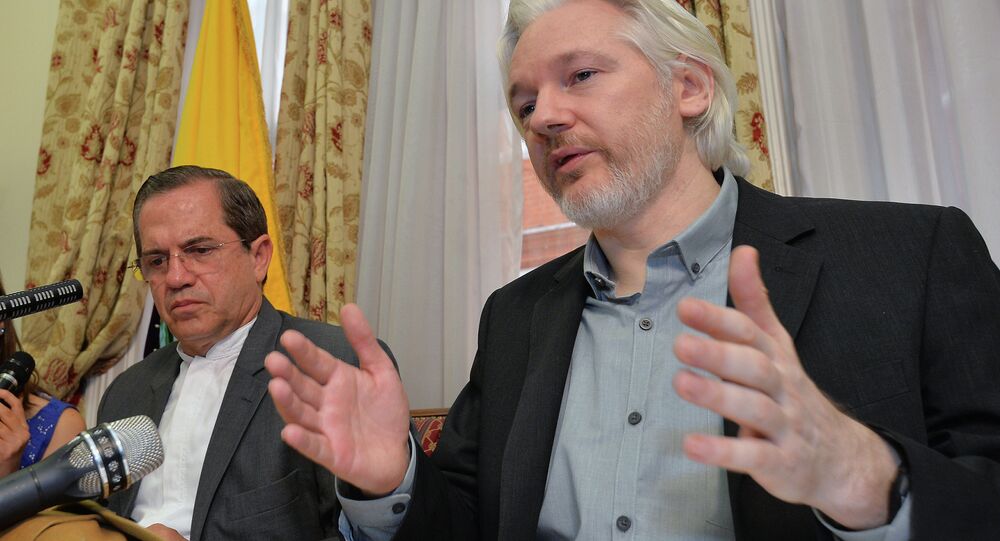 "This is the beginning of a series," Assange told TF1 on Wednesday via a video linkup from London, adding that more important documents than the ones already published by WikiLeaks will be released in the near future.

According to the WikiLeaks founder, information that is more important from the political perspective "will be coming out" in the following days regarding not only US spying in France, but Washington’s surveillance in Europe in general.

US surveillance is a threat to the sovereignty of Europe, Assange said, calling on France not to put its head in the sand, but to "show some leadership" and to take legal action over US snooping.

© AFP 2021 / Brendan SMIALOWSKI
Obama Reassures Hollande of 'Not Targeting' French Leader’s Communications
Speaking about economic and industrial espionage, Assange claimed that the United States "is playing dirty" and is marginalizing the competitiveness of French and European enterprises.

Assange launched the WikiLeaks website in 2006. Four years later he was accused of sexual assault by Swedish authorities. He has been residing at the Ecuadorian Embassy in London since 2012, out of fear of being extradited to the United States where he could face espionage charges for publishing secret documents.

Another well-known whistleblower, former NSA contractor Snowden, leaked classified documents on US mass surveillance activities in 2013. Snowden has since found asylum in Russia.