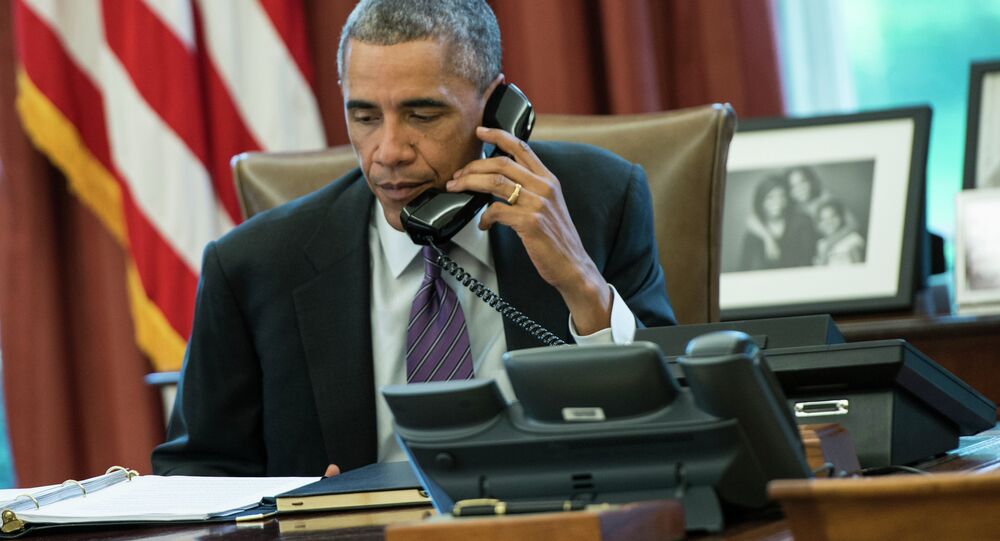 US President Barack Obama has reassured French President Francois Hollande during a phone conversation of not targeting his communications amid the latest scandal caused by the Wikileaks revelations that the NSA spied on the last three French presidents, the White House said in a release on Wednesday.

“The [US] President [Barack Obama] reiterated that we have abided by the commitment we made to our French counterparts in late 2013 that we are not targeting and will not target the communications of the French President,” the release said.

Obama also stressed the US commitment to the fruitful bilateral relationship with France, including the cooperation on intelligence and security matters.

“We are committed to our productive and indispensable intelligence relationship with France, which allows us to make progress against shared threats, including international terrorism and proliferation, among others,” the release said.

On Tuesday, the WikiLeaks whistleblowing portal released classified files documenting the wiretapping of phone conversations of former French presidents Jacques Chirac, Nicolas Sarkozy and the incumbent Francois Hollande between 2006 and 2012 by the US Secret Service.

Over the past years, documents leaked by former NSA contractor Edward Snowden revealed facts of US eavesdropping on many world leaders, as well as on millions of American citizens.