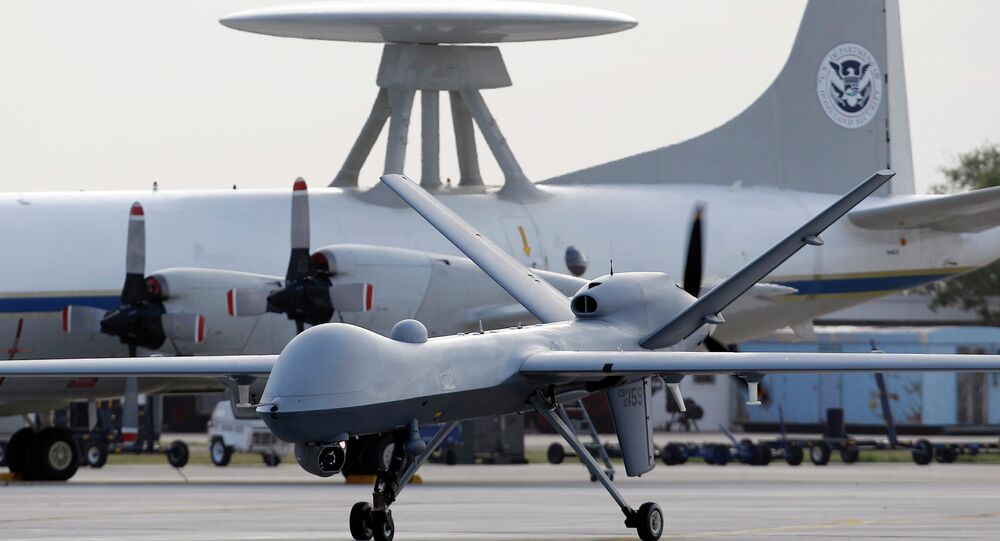 British intelligence agency GCHQ has once again been called on to reveal whether it was involved in the US targeted killing program against terror suspects, after a leaked top secret memo to agency staff contained details of a fatal drone strike in Yemen.

The documents, leaked by former NSA contractor and whistleblower Edward Snowden and seen by The Guardian newspaper, have raised questions about the UK's complicity in the controversial US strikes, which took place outside of recognized war zones.

The revelations have led to calls for London to come clean about any role it may have had in the operation.

The files show how GCHQ, along with the joint US, UK and Australian operation — codenamed Overhead — worked together to improve their ability to track the location of individuals in both Yemen and Pakistan, which was essential for the targeted killing program.

In assessing the information, Jemima Stratford QC, told the Guardian that the documents raise questions about the involvement of British officials in the program, which has had its legality called into question by a number of international lawyers and human rights groups.

"Assuming that the documents which I have seen are genuine, in my view they raise questions about the extent to which UK officials may have had knowledge of, or helped to facilitate, certain US drone strikes which were not carried out in the context of an international armed conflict," she said.

In an opinion piece published last year, Stratford wrote that UK intelligence support for such strikes outside of war zones was likely to be illegal.

"In our view, if GCHQ transferred data to the NSA in the knowledge that it would or might be used for targeting drone strikes that transfer is probably unlawful."

GCHQ and British government officials have not commented on the leaks, refusing to confirm or deny knowledge any involvement in the strikes.

Many of the revelations were contained in leaked GCHQ staff memos, titled 'Comet News', which kept intelligence workers informed about the progress of the Overhead program.

One leak that attracted attention was a memo describing how Overhead's intelligence work had supported a fatal air strike in Yemen on 30 March 2012, which according to the reports, had killed two al-Qaeda in the Arabian Peninsula (AQAP) members.

The fact that the name of one of the victims — Khalid Usmana — was noted in the text was considered to be strange and led many to question whether the extra detail was given to GCHQ staff because UK personnel were involved in the operation.

In extra detail, a database of drone strikes — obtained by the Bureau for Investigative Journalism — found that there was only one drone strike undertaken in Yemen on the 30 March 2012 — the day the two AQAP members were killed — causing between six and nine casualties, including six children who were treated for shrapnel wounds.

Yemeni Man Sues US Over Family Deaths in Drone Strike