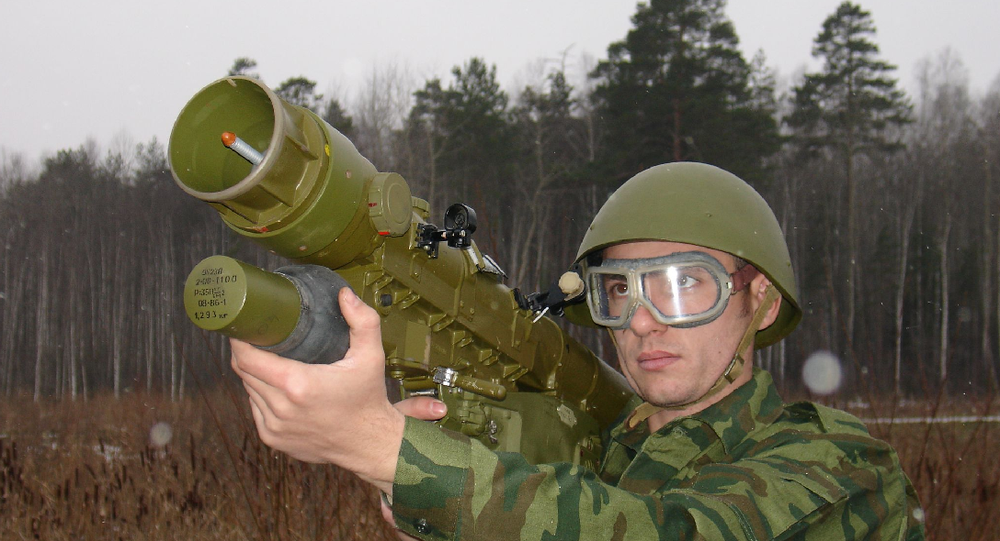 The Russian military is receiving new man-portable air-defense systems that outshine such powerful weapons as the Stinger and Igla-S.

At first glance, Verba looks like its Russian and American predecessors the Igla and Stinger: a tube and an aiming sight. However, at that point the similarities end.

The new MANPAD goes beyond hitting traditional targets for this type of weapon — helicopters and planes — and is capable of striking cruise missiles and unmanned aerial vehicles (UAVs, drones).

Its surface-to-air missile (SAM) is equipped with a unique three-spectrum seeker that comprises the ultraviolet, near infrared and middle infrared bands. This variety provides more data about the target, which makes Verba a discriminate weapon. Moreover, Verba's seeker is more sensitive than that of the Igla-S, which extends the range of target engagement. The seeker automatically detects decoy heat targets and ignores them, focusing on targets with greater heat, which makes the new MANPAD extremely precise.

© Sputnik / Ramil Sitdikov
Best Russian Hardware on Display: ARMY-2015 International Forum
15
The automatic system detects the flight parameters of a group of targets and assigns them among the shooters, taking advantage of each serviceman's location.

Verba has been tried by Russian airborne troops whose commander reported that shooting sped up more than tenfold. Earlier, it took from three to five minutes between detecting a target and firing at it; with Verba, the process narrowed to several seconds.

© Sputnik / Alexei Danichev
New Russian Military Drone Can Detect Highly Camouflaged Objects
Verba's new solid-fueled engine allows the shooter to hit a target that moves at the speed of 500 m/s at a distance of more than six kilometers. The strike altitude varies from 10 meters to 4.5km. This gives Verba a significant advantage over the Stinger that cannot attack helicopters flying lower than 180 meters.

Verba has a simplified maintenance service and has proven sustainable even in harsh Arctic conditions.

The military considers Verba as a reliable defense against contemporary attack aircraft and cruise missiles.

The Russian Defense Ministry has already signed a contract on delivering the systems to the Armed Forces.