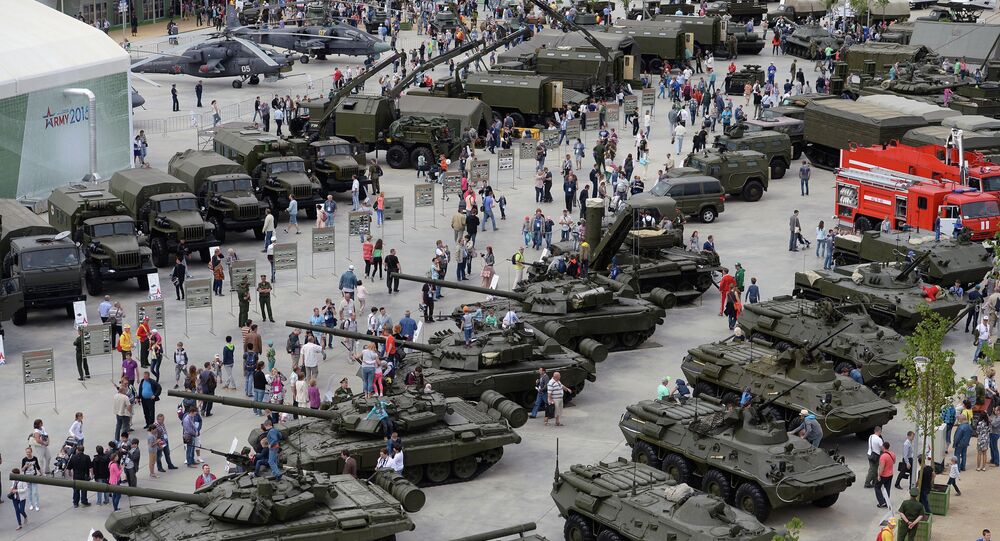 Army-2015 forum, which takes place in the Moscow Region on a large scale, has drawn a record-breaking number of international participants.

© Sputnik / Alexander Vilf
Army 2015: Russian Firepower at Military Disneyland
12
Army-2015 forum ran from June 16-19 at the Russian Armed Forces’ Patriot Park in Kibinka. The event was organized by the Russian Defense Ministry to demonstrate the latest in Russian weaponry.

“I note that it is definitely not the first and not the only major event held by the [Russian] Defense Ministry in recent years, but it has set a record both in terms of its scale and the number of participants,” Suvorov said.

He added that more than 7,000 people representing 55 cities and 12 countries took part in the work of the forum this year.

Russia's Military Disneyland: What is Patriot Park Really About?