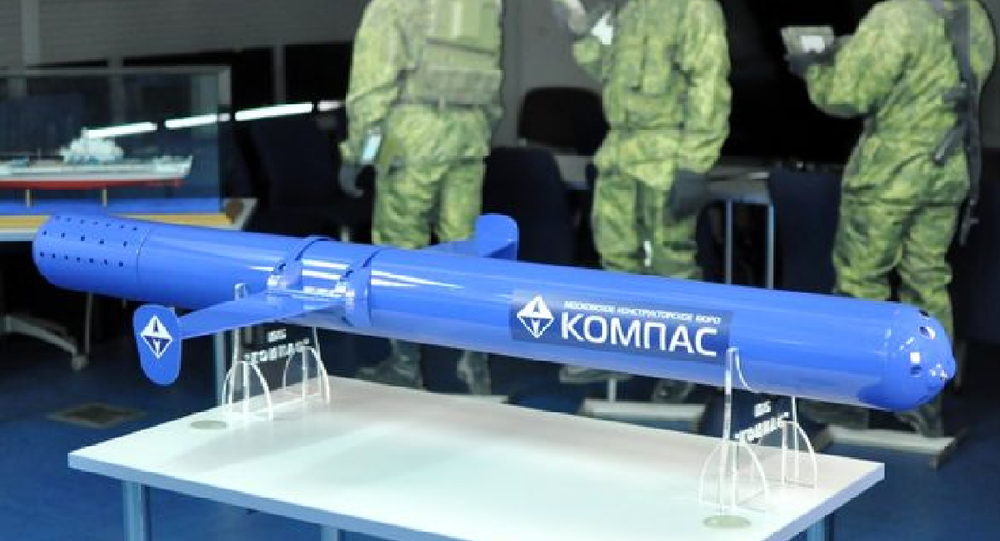 The Russian robot submarine made an appearance at the international military forum, impressing with its new cutting edge technology.

During the international military-technical forum ‘Army 2015’ the "Glider-T" underwater robotic vehicle was presented, the press service of the Joint instrument-making corporation reported.

The new robot submarine with its torpedo-like appearance can navigate without the Glonass navigation system. "Glider-T" can operate in autonomous mode for up to 180 days and find its route without human intervention.

The robot will be able to determine the type of ships passing by just by their sound emissions. It will also be able to simulate as a decoys; obstructing enemy sonars devices. Simply put, it will trick other submarines and smart torpedoes.

© Sputnik / Igor Russak
Russian Divers to Hold Nuclear Submarine Rescue Drills in Northern Fleet
Further still, developers of the “Glider-T” claim that the robot will be able to patrol and carry out water sampling to determine contamination levels. It will also be able to take photographs of various marine objects.

The robotic vehicle will also be able to transmit information to computer equipment’s via GSM-modem, radio or satellite communications.

The "Glider-T" was developed by the Moscow Design Bureau "Kompas," constructed out of heavy-duty and lightweight material and is sea water and oil resistant.

It is also equipped with an innovative engine, allowing the vehicle to move underwater completely unnoticed to modern detection devices.