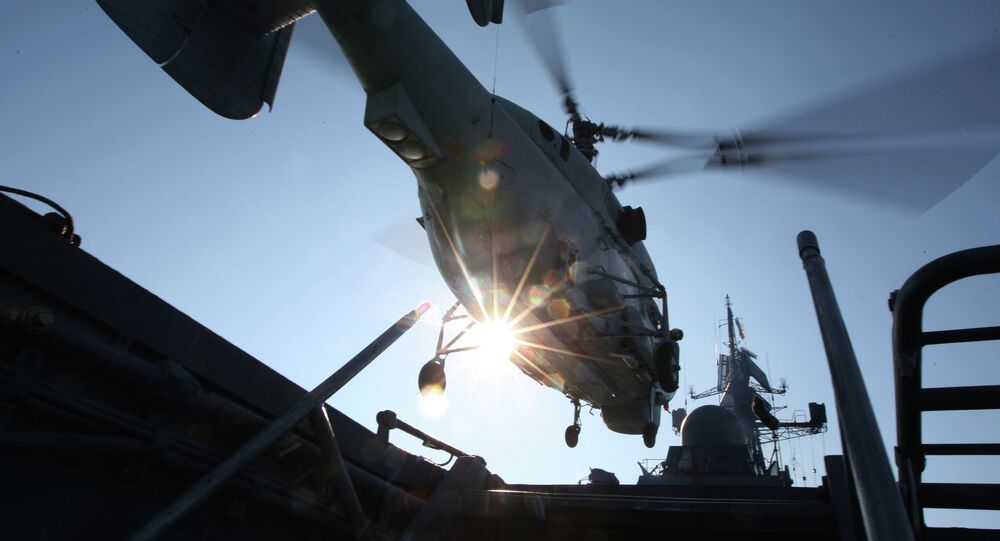 “The Russian Krylov State Research Center has developed an alternative to the Mistral project of a helicopter carrier, called the Lavina, with a water displacement of 24,000 tons, which is even larger than the French-made ship [of 21,000 tons],” the official said at the Army-2015 military expo outside Moscow.

According to the official, the new warship is a semi-trimaran with capabilities to sail 5,000 miles at 18 knots without service calls and a maximum speed of 22 knots. The vessel will carry 320 crewmembers and can take on an additional 500 troops or 50 armored vehicles.

© Sputnik / Public Relations Service of the Russian Navy
Russian Navy to Receive Advanced Aircraft Carrier by 2026-2027
Under the $1.5 billion warship contract, signed in 2011, France agreed to sell two Mistral-class helicopter carriers to Russia but the handover was suspended as Paris expressed disapproval of Moscow's alleged interference in the Ukrainian crisis. Russia has repeatedly denied its involvement in the Ukrainian conflict.

In late May, Deputy Chairman of the Russian Military Industrial Complex Oleg Bochkaryov said that Russia planned to build its own Mistral-class helicopter carriers.

On Thursday, the director of the department of military technical cooperation, Alexei Diky, said France had handed over to Russia some technology in large-block assembly for the construction of Mistral-class helicopter carriers.