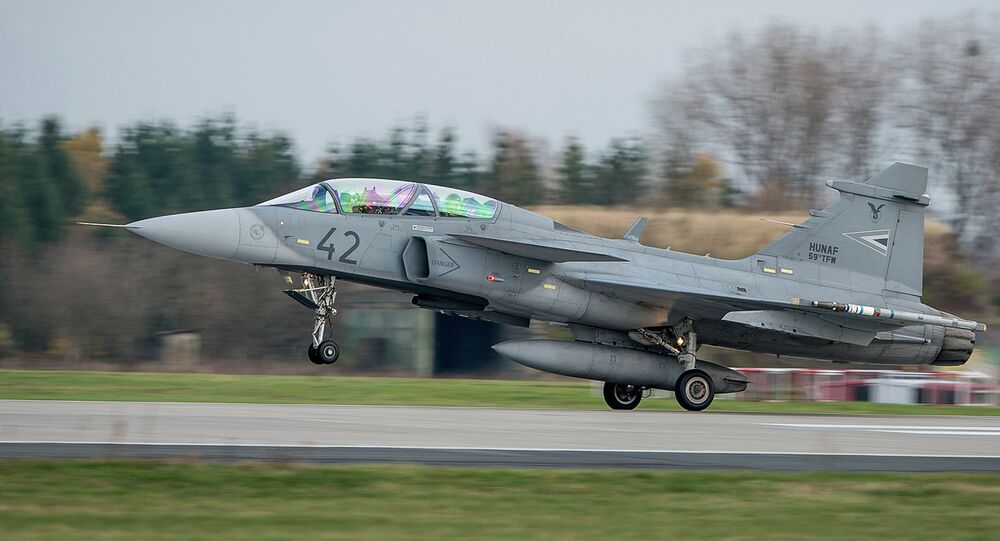 Hungarian Air Force is in a 'Catastrophic' State – Ex-Defense Minister

Last week, a Hungarian Air Force single-seater Saab JAS-39C Gripen crashed at Hungary's Kecskemet Airbase during exercises. After suffering a landing gear failure, the pilot attempted to land the aircraft on its belly, but lost control after touching the runway, and was forced to eject. The pilot was injured after his ejection seat failed to separate from his chute.

Commenting on the incident, and those that had preceded it in March and May, Szekeres stated that the Hungarian government "has wasted the money necessary for the purchase of fuel for combat aircraft, spending it on all kinds of festivities and celebrations."

Video of the crash of the Gripen JAS 39C at Kecskemet Airbase.

The former defense minister argued that the lack of fuel is the main cause of the Air Force's catastrophic state, noting that pilots are not able to be in the air long enough to receive sufficient flight training. As a result of the shortages, Szekeres estimated that pilots receive 1,000 hours less flight time than necessary. He noted that the pilot that crashed another Saab Jas 39 at an incident in May had flown only 8 hours this year.

© Flickr / Airwolfhound
Hungarian Air Force Jet Fighter Crashes in Czech Republic
On May 19, a two-seater Saab Jas 39D crashed upon landing at the Caslav air base in the Czech Republic during exercises. Both pilots were able to escape uninjured. That crash was itself preceded by another incident involving a Saab JAS 39 in March, when a pilot was forced to make an emergency landing at the airport in the Slovak city of Kosice.

Commenting on the underfunded state of the country's air force, Hungarian newspaper Magyar Nemzet complained that "although the Hungarian Air Force has been leasing Swedish JAS 39 Gripen fighter aircraft for nine years, it hasn't been able to buy bombs and other weapons for it due to lack of funding."

The JAS-39 multirole fighter serves as Hungary's main fighter aircraft, with 12 presently. The Air Force had agreed to lease purchase 14 JAS 39 Gripens from Sweden, including 2 dual-seaters and 12 single-seaters, in 2006, at a cost of 13.8 billion forints ($50 million) apiece. The country also has up to two dozen MiG-29 fighters in reserve, which it had previously attempted to auction off.