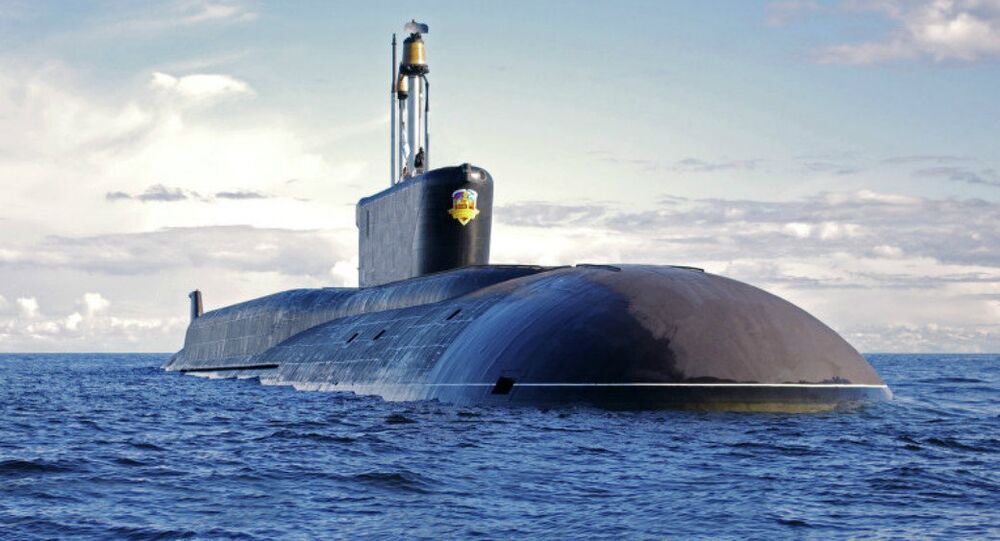 Russian authorities will pay more attention to security of the country, hightening activity of Russia’s nuclear submarines around the world.

"Heightened intensity of naval service in different regions of the world’s oceans by [Russian] nuclear submarines is justified by the necessity to guarantee the deterrence of security threats against Russia," Chirkov said.

In March, Chirkov said the Russian Navy had doubled its submarine patrols over the previous 15 months to increase state security.

YouTube / RuptlyTV
Military Aircraft, Helicopter Display During Army 2015 Expo
Wednesday's statement came amid strained relations between Russia and the NATO military bloc over the Ukrainian crisis. Following the integration of Crimea, a Black Sea peninsula, into Russia after a referendum in 2014, NATO has increased its military presence close to Russia's borders, accusing Moscow of meddling in Ukraine's internal affairs.
© Sputnik / Vitaliy Ankov
Russia Disposes of 195 Decommissioned Soviet-Era Nuclear Submarines
NATO has ramped up its air patrol missions in the region and has sent warships to patrol the Black Sea.

Moscow has repeatedly denied its involvement in the internal Ukrainian crisis, and expressed its concern about increased NATO military activities close Russia's borders.

US Defense Increases Workforce by 20% at Submarine Nuclear Missile Tests