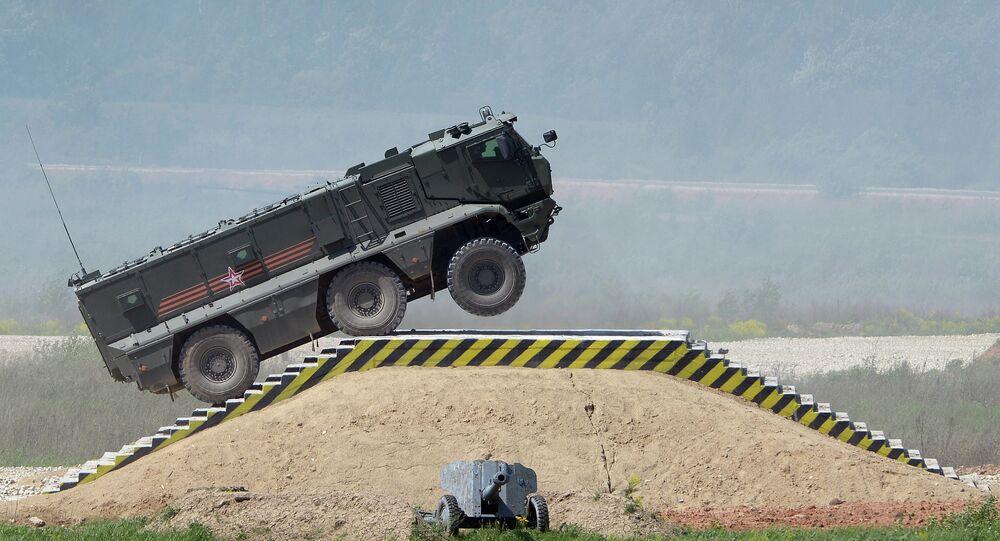 A representative of the Saudi Arabian Navy says that the International military exhibition Army-2015 that kicked off Tuesday in Moscow region is a good opportunity to see Russian military equipment.

ALABINO (MOSCOW REGION) (Sputnik), Alexander Mosesov — The International military exhibition Army-2015 that kicked off Tuesday in Moscow region is a good opportunity to see Russian military equipment, Al Assaaf, representative of the Saudi Arabian Navy told Sputnik at the venue of the expo.

"Military is a dry subject. But now we have something attractive and also in a combination with a good product, like the tanks and the aircraft, it's amazing! Russian equipment is well-known by its toughness and now we see how fast, how agile it is. It’s a very good opportunity for us to go see a good product," al Asaaf told Sputnik.

© Sputnik / Alexander Vilf
Russia Showcases Firepower at Army-2015 'Military Supermarket'
Army-2015 is an exhibition organized by the Russian Defense Ministry to demonstrate high-tech military innovation and achievements. It takes place in Kubinka, outside Moscow on June 16-19.

The first day of the exhibition was devoted to the meetings between the industry experts and the representatives of military-industrial sphere of some 100 countries, while starting from June 17 the exhibition will be open to public.

"We had an opportunity to see the level of development, the high level [of the event’s organization] and the modern weaponry of Russian Armed Forces," Martinez told journalists.

The Inspector General of the Nicaraguan army thanked Russian government and defense ministry for the invitation to take part in the event.