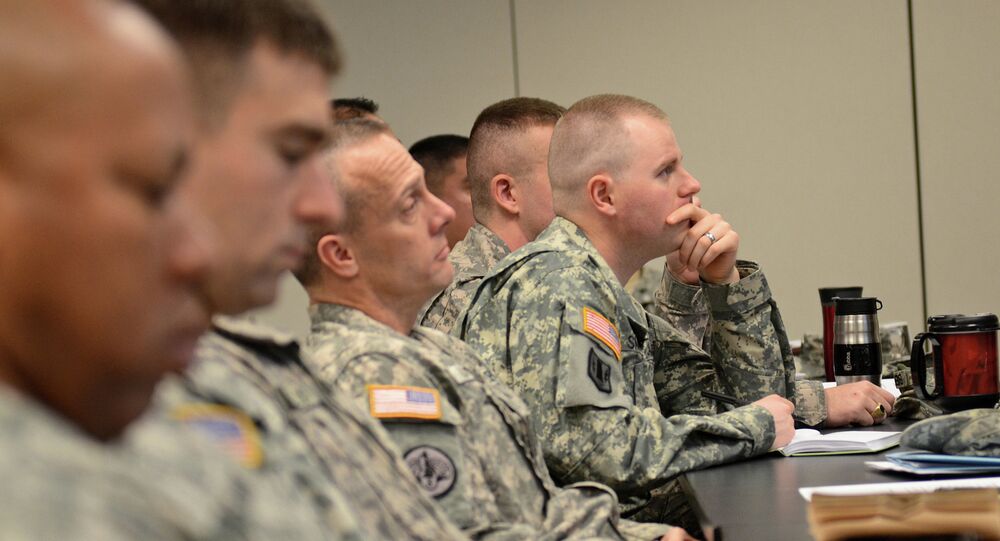 Retired US Army Colonel Douglas Macgregor claims that plans to make the US Army more agile and mobile at the expense of heavy weapons are paving the way for future military disasters.

WASHINGTON (Sputnik) — Plans to make the US Army more agile and mobile at the expense of heavy weapons are paving the way for future military disasters, retired US Army Colonel Douglas Macgregor told Sputnik.

“Today’s Army is courting humiliating defeat if and when it takes on Russian, Chinese or even second-tier nation-state forces equipped with modern military technology from Russia or China,” Macgregor said on Monday.

Macgregor is one of the leading US Army experts on combat tactics. He was the director of the Battle of 73 Easting during the 1991 Gulf War against Iraq, the largest US armor combat victory since World War II.

“Captured by visions of light troops mounted on wheels or falling out of airplanes, [the Pentagon] is building a force for uncontested, permissive environments against weak peoples without armies, air forces, air defenses or navies,” Macgregor said.

“That’s a dead end in a confrontation with the Russian Army,” he added.

The US military’s weakness is obvious to foreign governments, including to Russia, Macgregor explained.

“[Russian President Vladimir] Putin is doing what he can to expose the US ‘paper tiger’,” he said.

“As for Putin, he’s on a roll and I suspect he will roll up the rest of Ukraine east of the Dnieper one way or the other,” Macgregor said.

The vaunted US and NATO Rapid Response Force, he argued, would pose negligible threat to Russian forces in any conflict situation.

Macgregor concluded the Russian army was developing the experience and expertise for classic concentration of force tactics involving coordinated use of artillery, main battle tanks and air support.

Macgregor also said that senior US military commanders are reluctant to send heavy weapons to Ukraine and Poland despite increasing political calls to do so.

“The National Command Authority has resisted calls from the governments of the aforementioned nations to station US forces on their territory,” Macgregor said on Monday. “The Poles have pressed us for US ground and air forces for years.”

The US Department of Defense is considering a proposal to place M1 Abrams tanks, Bradley Fighting Vehicles as well as armored howitzers in NATO member countries in the Baltic region and Eastern Europe in a bid to stem what is viewed as Russian aggression.

However, Macgregor, a leading US expert on modern combat infantry tactics, said that the plan was opposed by senior US Army generals, who believe it over-extends their forces.

On the other hand, Washington hawks criticize the proposal, claiming the forces which would be sent are too small and weak to pose any credible deterrent.

“This is not an American initiative. The initiative is from the NATO members,” Macgregor said. “Meanwhile, the US Army is being cut to 420,000 from its strength of 475,000.”

When asked if the Russian government and top military commanders would view the deployment of US heavy ground forces in Ukraine or Poland as an additional threat, Macgregor replied, “Absolutely.”

Colonel Macgregor is a decorated US Army combat veteran and an author of five books. His next book “Margin of Victory” is set to be published in 2016.