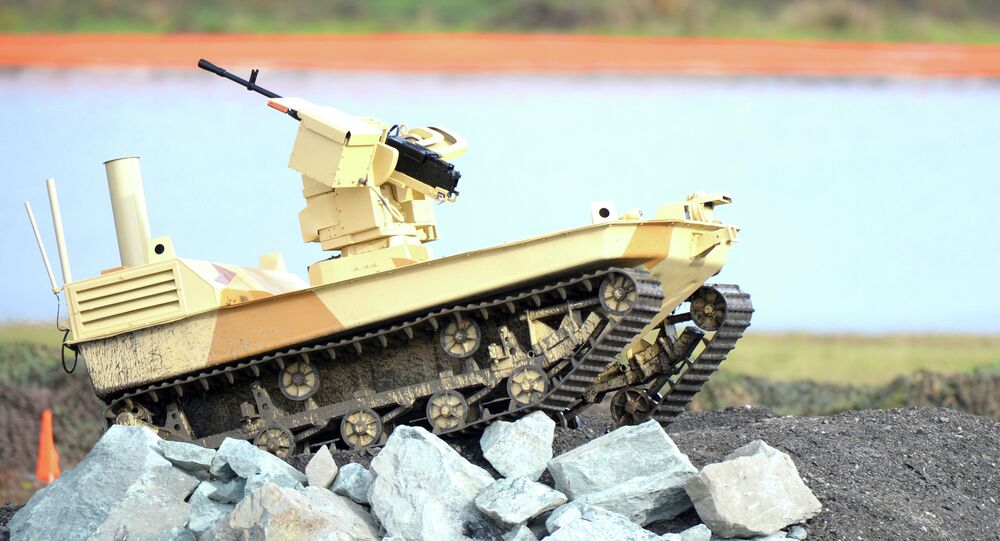 Russia's Defense Ministry, along with the Russian Federal Space Agency (Roscosmos) and the state-owned technologies corporation Rostec, will hold the inaugural Army-2015 international military-technical forum outside Moscow from Tuesday to Friday.

MOSCOW (Sputnik) — Army-2015 expo will be held in the Patriot Park, located in the Russian town of Kubinka in the Moscow Region. It is expected to attract over 100,000 visitors and military representatives from some 100 countries.

© AFP 2021 / ADRIAN DENNIS
Russia to Show Newest Aircraft at Upcoming Army-2015 Expo in Moscow Region
Hundreds of defense companies and weapon manufacturers will take part in the event, displaying an estimated 5,000 pieces of weaponry and military equipment, ranging from helicopters and fighter jets to tanks and small arms.

The forum will also feature Russian Strategic Missile Forces' (SMF) Topol intercontinental ballistic missile (ICBM) launcher and the latest version of the RS-24 Yars (SS-29) ICBM launcher's training simulator, which will be unveiled for the first time at the event.

Russian-made drones, aircraft and other equipment will be tested during the forum, which is, in part, aimed at bringing together potential arms developers, suppliers and purchasers with the Russian Armed Forces.

Apart from a military hardware exhibition, the Army-2015 will feature over 75 round-table discussions on multiple scientific and business-military issues, including air and space defense and security in the Arctic region.