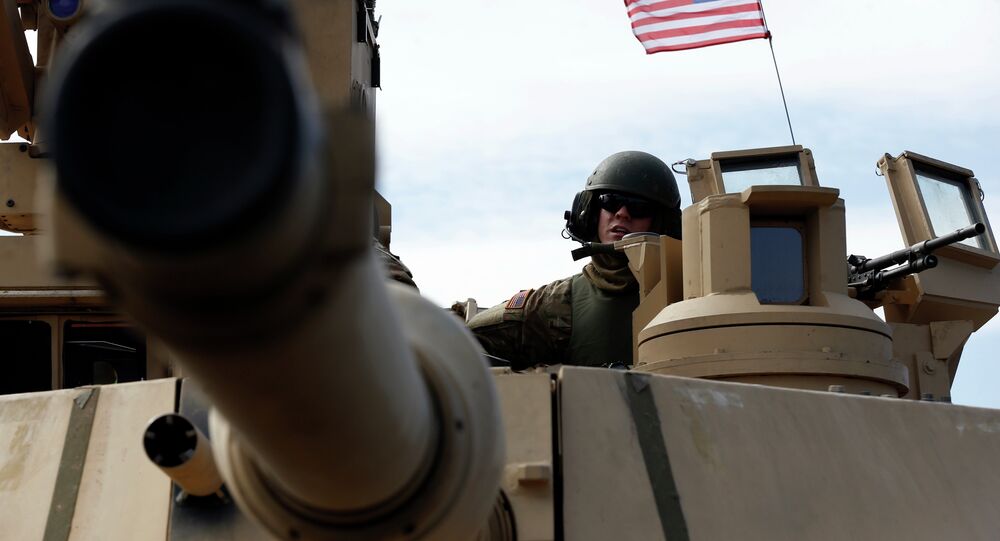 The United States has not yet decided whether it will station heavy weapons, including battle tanks and infantry fighting vehicles, in Eastern Europe and the Baltic nations or when this could happen, a Pentagon spokesman told RIA Novosti, providing little clarity on circulating rumors.

"The decision has not been made," Colonel Steve Warren said.

"Over the last few years, the United States military has increased the prepositioning of equipment for training and exercises with our NATO allies and partners," he added.

Earlier on Saturday, reports emerged that Washington plans to send heavy weaponry for up to 5,000 US service personnel to the countries close to Russia's borders. If approved, this would be the first deployment of US military hardware to this part of Europe since the end of the Cold War.

© AFP 2021
'Lunacy': US Missiles in Europe to Aggravate Tensions – Latvian Lawmaker
The weapons will reportedly be sent to the three Baltic states, as well as Poland, Romania and Bulgaria, the New York Times said. Additional armament could be delivered to Hungary.

The move is part of a broader US strategy of increasing its military presence along Russia's borders to supposedly protect neighboring states from mythical Moscow threat. Washington stepped up this campaign following the outbreak of war in Ukraine and Crimea's reunification with Russia using those events as a pretext.

The Kremlin has persistently denied any wrongdoing. Moscow has been actively engaged in the Minsk peace process aimed at bringing peace to the war-torn nation through a political solution. The United States is not part of the Normandy quartet, comprising France, Germany, Russia and Ukraine.

US Unlikely to Deploy Missiles to Europe