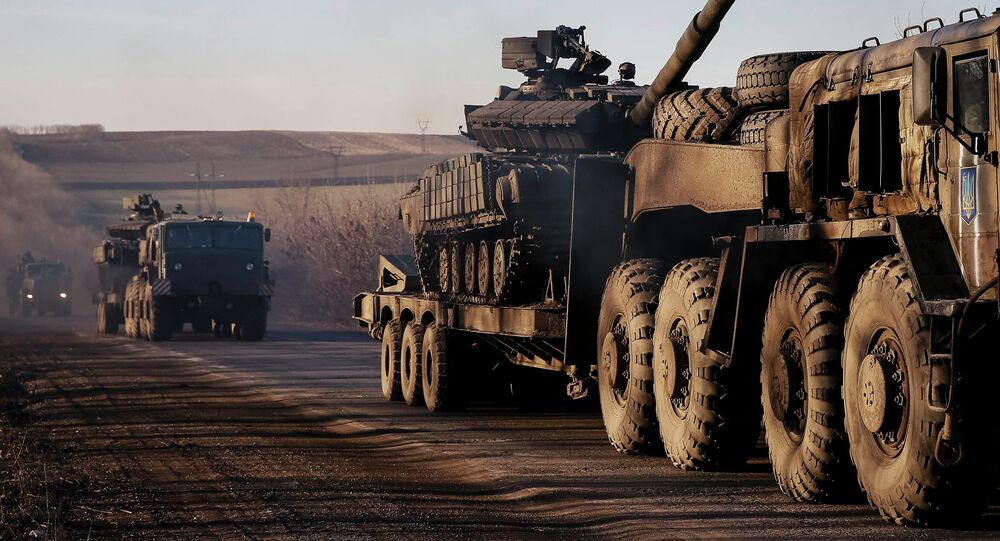 Ukrainian Secretary of the National Security Council Alexander Turchynov said that next year Ukraine would focus on the quality of military equipment, particularly in the supply of new ‘Oplot’ tanks to the armed forces.

"From the new year in the state defense order, we are planning major changes in the quality of technology. We are ready to supply the tanks. It is one of the most modern tanks, it is considered to be one of the best in the world," media reported Turchynov as saying.

Earlier in June, the fighting in eastern Ukraine, including in the town of Marinka, intensified in violation of the ceasefire. Kiev-led forces admitted using heavy artillery despite the Minsk peace agreements.

"As for the external contracts, the economy should have export potential; the military-industrial complex can provide the export potential. We cannot lose the arms markets considering that Ukraine was once in a dominant position. Moreover, Ukraine should return to these markets. This is — currency for the country, new jobs, resources which will help us restore the entire economic potential of our country," he added.

© AFP 2021 / Genya Savilov
Economic Crisis, Government’s Course Make Ukrainian Army Dependent on US
Turchynov pointed out that Ukroboronpom’s top priority should be supplying the Ukrainian army with modern weaponry and military equipment. "But the next important goal is to restore the exporting capabilities of our country," he added.

Earlier it was reported that since the beginning of the year Ukraine’s state-owned defense company ‘Ukroboronprom’ delivered to the military 767 units of equipment, including 298 units of new weapons and military equipment.

Ukraine also resumed delivery to Thailand the new generation of ‘Oplot’ tanks which was suspended in 2014 due to domestic political turmoil.