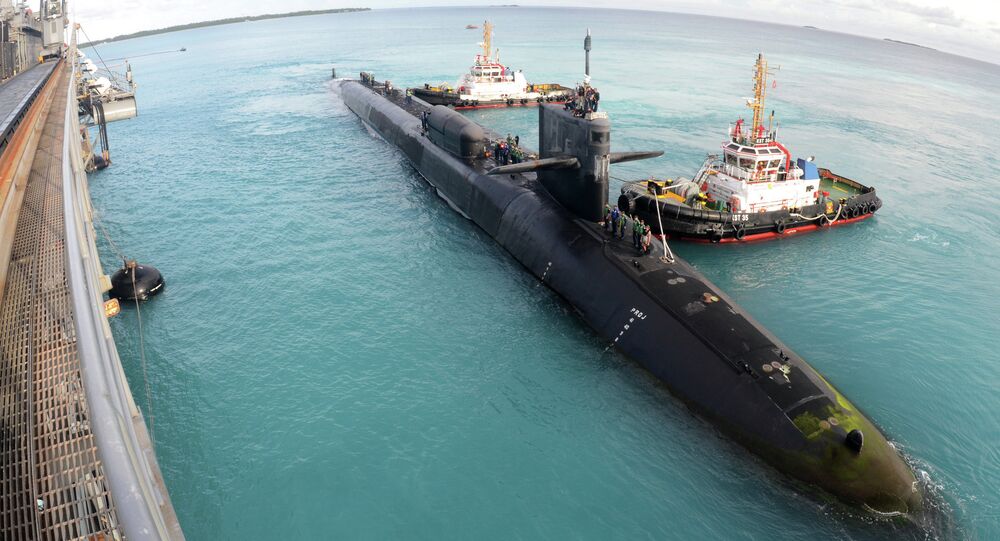 US military spending is causing headaches in Congress once again - this time it's the ballooning costs of the program to replace the Ohio class ballistic submarines, which may be eating so much of the Navy's budget that it threatens other programs.

The Ohio replacements are currently projected to cost $93 billion and are expected to be operational by 2030. The current fleet of Ohio class submarines have been operational since 1981.

"I’m concerned about the Ohio class replacement," said House Armed Services Committee Chairman Rep. Mac Thornberry, R-Tex., adding that the costs could "crowd out all other shipbuilding in the Navy. We have other shipbuilding needs."

The Ohio class replacements are designed to be high-tech and stealthy, quietly cruising the seas, providing second strike capability — an essential element of nuclear deterrence — and nuclear retaliation capability.

The subs are 560 feet long and house 16 Trident II D5 missiles, which are fired from 44-foot-long tubes.

The lead ship in the fleet of 12 is expected to cost $12.4 billion, but that includes an estimated  $4.8 billion in initial engineering and development costs that shouldn't, in theory, recur in the 11 subsequent submarines, which the Pentagon hopes to build for $4.9 billion each.

The funding of the Ohio class replacement program has been the subject of much debate. In 2014, Congress created the "National Sea-Based Deterrence Fund" — a separate fund dedicated to the submarine program, to keep costs from eating into the general Navy budget.

The separate fund "effectively means the purchase of new submarines is being taken out of the Navy’s shipbuilding budget and placed in the budget of the Office of the Secretary of Defense. And as far as I can tell, that’s unprecedented," Ryan Alexander, the president of Taxpayers for Common Sense, wrote in an op-ed at US News & World Report.

The separate fund, Ryan argues, "masks" the real, and growing, cost of these submarines.

The fund was created for FY 2015 but didn't actually receive funding until April of this year.

If the funds for the Ohio replacements were put under the Navy's normal shipbuilding budget "it would have devastated the Navy’s overall long-term plans for the fleet," according to DoDBuzz.

The backers of the separate fund claim that a project as big as nuclear attack-deterrent  submarines counts as a "national asset" and should therefore come out of the wider defense budget.

"I’ve been arguing all along [that] this needs to be across the department of defense budget, this shouldn’t come out of the Navy’s hide," Rep. Randy Forbes, R-Va., told Breaking Defense in April, when a draft version of the National Defense Authorization Act proposed moving $1.39 billion out of Ohio replacement research and development and into the new fund. The move was approved by the House.

Forbes denied criticisms that the fund was a "shell game," maintaining that it was a mechanism whereby funds unused elsewhere could be saved up for this very big, very significant project.

"This is such an important once-in-a-generation kind of acquisition…. we’d better start saving for it now," he said, comparing the fund to a Christmas savings account. "I’m not going to wait for the night before Christmas to put in the money."

However, the creative funding solution raises the possibility that other branches might seek to slip funding for their high-budget projects — like the Air Force's new bomber — into the defense-wide budget, and, as Alexander puts it, "race down the track of further fiscal irresponsibility."