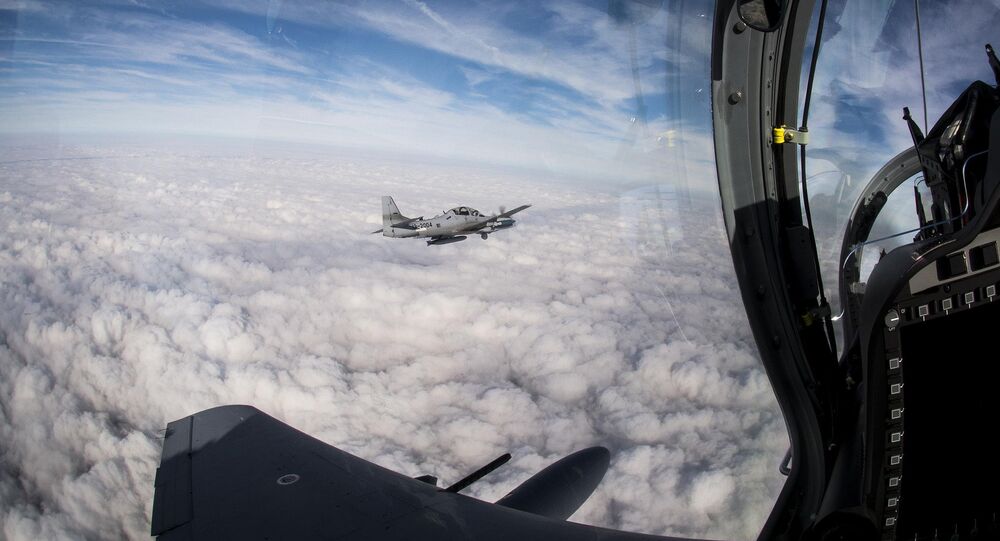 The US State Department has approved a possible $462 million sale of light attack aircraft to Lebanon to increase the country’s counterterrorism capability, the US Defense Security Cooperation Agency (DSCA) said in a press release.

WASHINGTON (Sputnik) – The six A-29 Super Tucano aircraft and associated parts will provide the Lebanese military with an enhanced close-air support capability to defend the country against internal and external threats, DSCA said.

“The State Department has made a determination approving a possible Foreign Military Sale to Lebanon for A-29 Super Tucano Aircraft and associated equipment, parts and logistical support for an estimated cost of $462 million,” DSCA said.

The weapons sales come as the multi-sectarian Lebanon seeks to insulate itself from the civil war in neighboring Syria.

Media reports suggest rebels have used the country to funnel men and weapons to battle against the Syrian regime, while the Lebanese militia and political party Hezbollah is actively fighting on the side of the Syrian regime against rebels and the Islamic State.

There has also been occasional fighting between Islamist rebels and the Lebanese military.