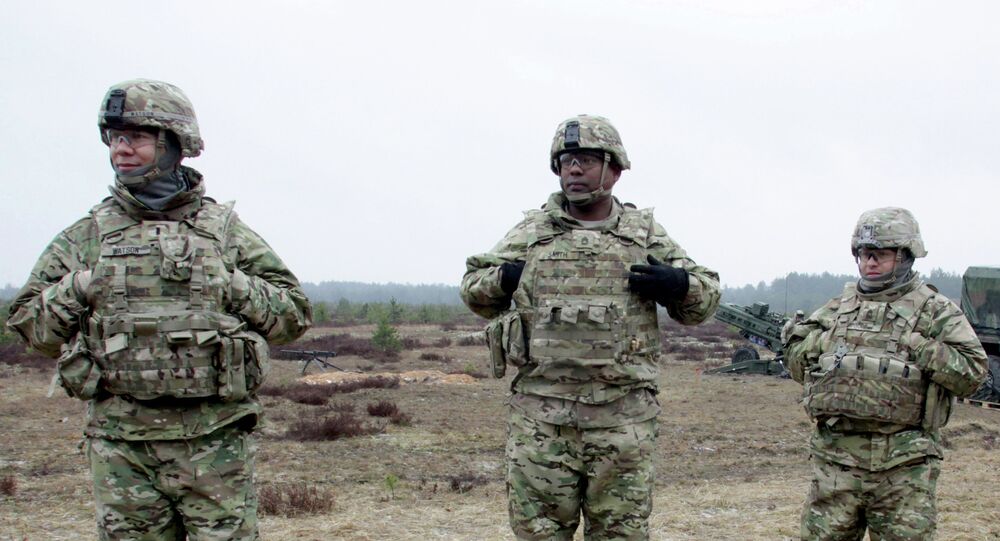 WASHINGTON (Sputnik), Leandra Bernstein — Sputnik requested a comment on possible NATO responses to US claims of Russian non-compliance with the INF Treaty. The Cold-War era treaty between the United States and Russia bans the deployment of nuclear and conventional ground-based missiles with a range of 500 and 5,500 kilometers (310-3,400 miles).

“All the measures we are taking are defensive, proportionate and in line with our international commitments.”

The official explained that “NATO does not seek confrontation with Russia.” The Alliance seeks to keep member nations “safe against any threat from any direction,” and remains concerned over alleged arms control treaty violations.

On Thursday, US officials raised the possibility of deploying nuclear missiles in Europe as a counterforce measure against alleged Russian INF violations. The US Joint Chiefs of Staff provided reporters a declassified portion of a report detailing possible US weapons deployments in Europe, if the United States withdrew from the INF Treaty.

The Russian Defense Ministry responded on Tuesday that a US deployment of ground-based nuclear missiles in Europe would render the United States non-compliant with the INF Treaty.

Over the past year, both parties have levied accusations against one another. The United States has accused Russia of testing a ground-launched cruise missile in violation of the INF Treaty. Russia has claimed deploying US missile defense systems in Eastern Europe violate the terms of the Treaty.