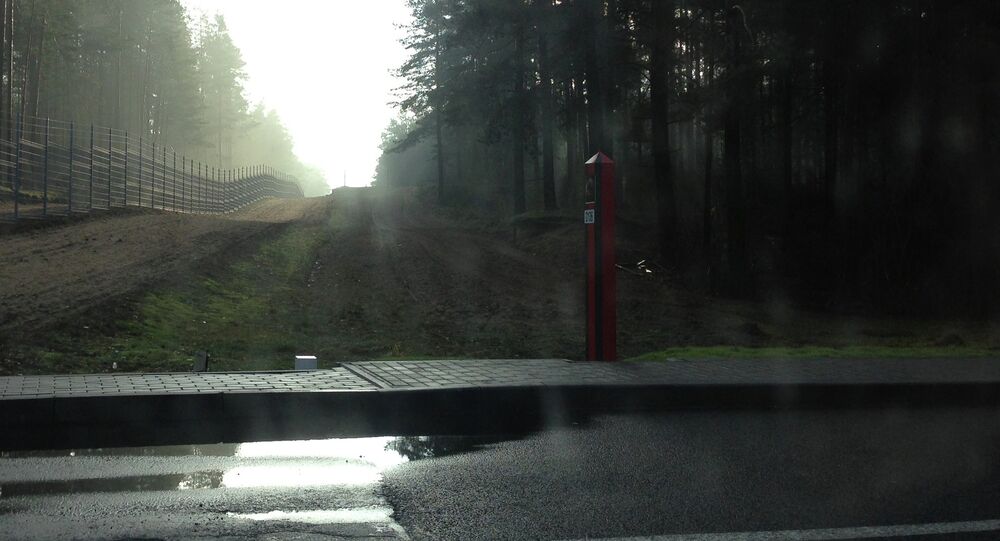 Belarus is holding a military exercise not far from its border with Ukraine, which is aimed at tightening border controls and improving its territorial defense.

Belarus is staging military drills aimed at testing the reinforcement systems of its border control and territorial defense, according to the country’s Defense Ministry.

© Sputnik / Igor Zarembo
Russian, Belarusian Paratroopers Begin Drills in Belarus
"The servicemen of the 38th Independent Mobile Brigade of the Special Operations Section of the Armed Forces have been alerted in the framework of an inspection of the reinforcement of border protection in the south,” states the ministry's website.

“Escorted by Mi-8 helicopters, they advanced along the Brest-Gomel route and were placed at the disposal of the State Committee for Border Protection with the purpose of reinforcing the protection of the [southern border]."

“In its turn, the 103th Independent Mobile Brigade unit of the Special Operations Section of the Armed Forces has advanced into the Gomel region, practicing the skills of holding off an attack from a maneuvering enemy. Having arrived at the destination point, they were placed at the disposal of the Border Guard Service.”

Some of the Belarusian media were quick to jump at the idea that the drills are aimed at working out a scenario of counteracting a hybrid war.

Russian Troops Set off to Belarus for Joint Military Drills