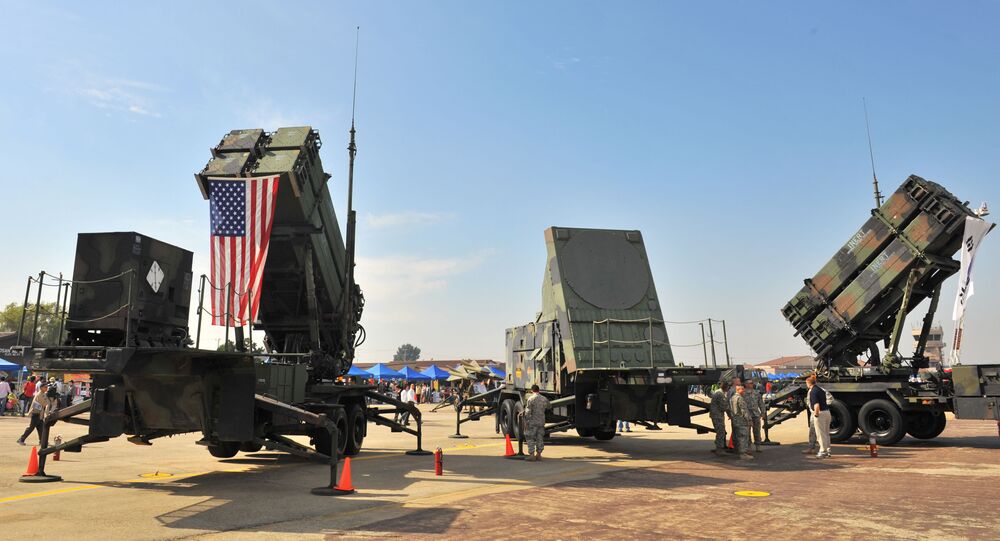 The United States is contemplating deploying missiles to Europe as part of its military buildup on the continent in response to an overhyped yet non-existent Russian threat and, more specifically, alleged breaking of the Intermediate-Range Nuclear Forces (INF) treaty.

Last July, the United States formally notified Moscow of what Washington believed was an INF violation. Russia allegedly tested a ground-launched ballistic missile that had a range between 500 and 5,500 kilometers. This type of nuclear and conventional weapons is prohibited by the treaty signed by the Soviet Union and the United States in 1987.

© AP Photo / Bob Daugherty
US Fails to Answer Russia's Concerns Over Nuclear Treaty
Russia has denied any wrongdoing and expressed complaints of its own about US compliance with the treaty.

In February, Russian Foreign Minister Sergei Lavrov criticized Washington for violating the INF treaty, saying the United States planned to deploy missiles of the type banned by the bilateral agreement as part of its global anti-missile shield.

The United States is weighing a range of military responses to the alleged violations, including enhancing defenses to stop the missile and pre-emptively striking a missile. Another response, known as the countervailing strike capabilities option, according to the Associated Press, "implies the potential use of nuclear forces."

© AP Photo / Bob Daugherty
Engagement Required to Resolve US-Russian Mutual Charges of INF Violations
Should Washington wish to strike military targets on Russia's territory, it would need to deploy missiles to some of the NATO members in Europe.

The initiative, reminiscent of the darkest days of the Cold War, is part of a broader strategy the US has employed following Crimea's reunification with Russia and the outbreak of the civil war in Ukraine.

Washington aims at expanding the presence of the US forces and enhancing war-games in Europe under the banner of Operation Atlantic Resolve, launched in 2014. The US campaign is carried out under the pretext of protecting Washington's European partners, especially in Eastern Europe, from Russia's putative threat despite the fact that Moscow is pushing for peace in Ukraine and is not a party to the conflict.

US Portraying Russia as Violator of Nuclear Obligations – Foreign Ministry