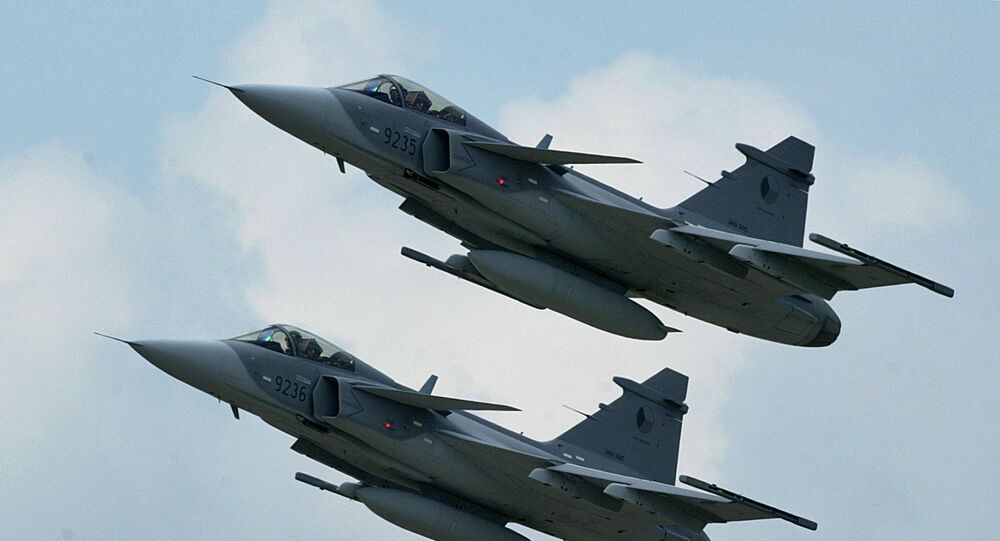 The Czech Republic is sending five multirole fighter planes to guard Iceland’s airspace for six weeks instead of Canada.

PRAGUE (Sputnik) – The Czech Republic is sending five JAS 39 Gripen multirole fighter planes to guard Iceland’s airspace for six weeks instead of Canada, which is involved in the US-led airstrike campaign against ISIL militants, spokesperson for the Czech Ministry of Defense Petr Medek has told RIA Novosti.

© Flickr / Lesley Wilson
Canada Sends 120 Personnel to Fight ISIL
The decision was made by the Czech government on Wednesday and followed a relevant request from NATO headquarters, received by the defense ministry two weeks ago, the spokesperson said.

NATO member states take turns in guarding Iceland’s airspace as the country does not have its own military aircraft. Czech planes will be doing the job in July-August, substituting for their Canadian colleagues who will be sent to take part in the fight against ISIL during that time.

ISIL has ceased vast areas in Iraq and Syria and a US-led international coalition has been conducting airstrikes in the two countries since September, 2014, targeting the radicals’ positions.

ISIL-affiliated groups also operate in Yemen, Libya, Pakistan and Afghanistan and are known to have been behind several terrorist attacks in Europe.