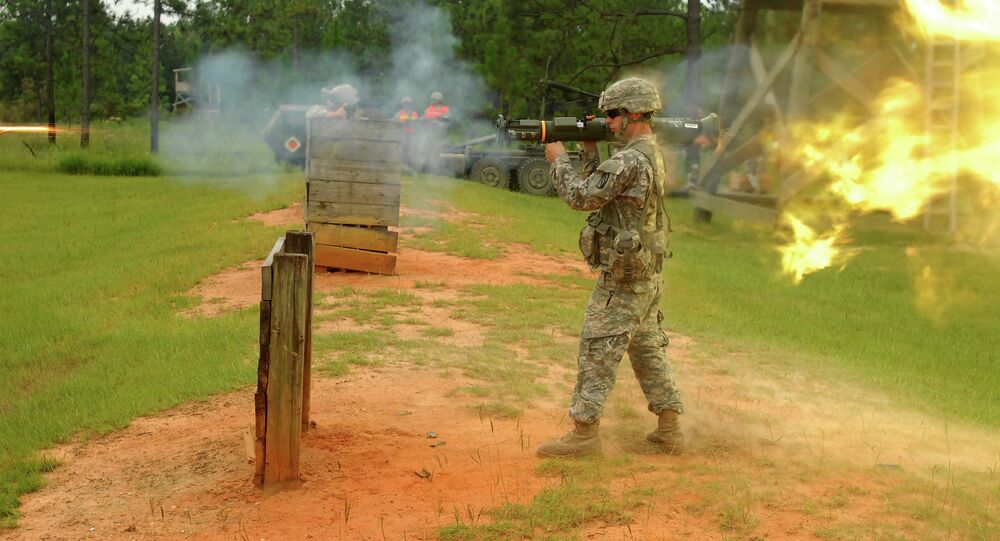 US Deputy Special Presidential Envoy Brett McGurk stated that US has agreed to provide Iraq 2,000 anti-tank missiles in order to help the country combat ISIL

“When Prime Minister [Haider] al-Abadi was in Washington [in mid-April 2015], we concluded in agreement to ship 2000 AT4 anti-tank systems to Iraq, and the first launch of those rockets, those systems got in place just this past week,” McGurk said.

McGurk explained the rockets were launched for the first time last week and have succeeded in shutting down “intensive launched suicide VBIED [Vehicle-Borne Improvised Explosive Devices].”

The transfer of the anti-tank rockets came after ISIL advanced and captured key towns in Iraq as well as Syria.

On May 17, 2015, ISIL took control of the Sunni-dominated provincial capital of Ramadi, some 70 miles west of Baghdad. Hundreds of Iraqi security forces were killed in the battle and many more fled the city, leaving significant amount of their weapons behind, including Humvee vehicles.

ISIL advances prompted President Barack Obama to reaffirm the US commitment to Iraq at a meeting of the National Security Council two days later.

Moreover, the Iraqi Council of Ministers agreed to accelerate the training and equipping of local tribes and police, expand Iraqi army recruitment and developing a plan to take back Ramadi, according to the White House.

The terrorist group's positions in Iraq and Syria have been targeted by the US-led Coalition, which is conducting airstrikes against ISIL since the summer of 2014.