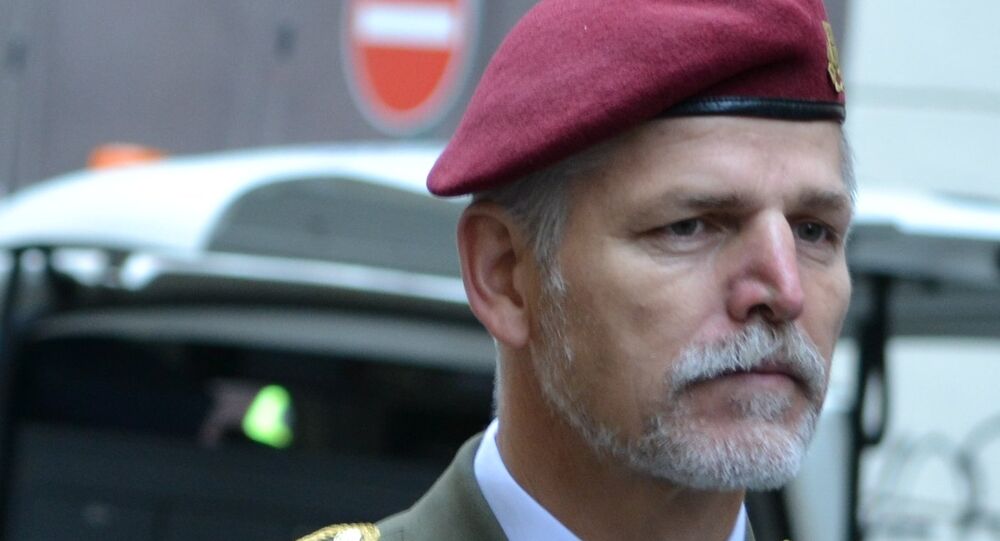 Commenting on Czech General Petr Pavel's recent commentary that NATO may be forced to respond to hypothetical Russian aggression in the Baltic states with tactical nuclear strikes, popular Czech alternative media resource Nova Republika stated that the biggest threat to peace is really the NATO mantra that Russia is an aggressor state.

© AP Photo / Shakh Aivazov
NATO Believes Russia Can Take Over Kiev, Baltic Countries Within Two Days
Pavel, who assumed the position of chairman of the NATO Military Committee on Monday, commented last week at a security conference in Prague that "if Russia wanted to, it could occupy the Baltic states and Kiev in two days," noting that in such a situation, NATO could be forced to respond with a "limited" nuclear attack using tactical nuclear weapons.

Nova Republika's response to the high-ranking general stated that in reality, "the biggest threat to peace is the mantra invented by NATO and a number of European and American politicians that Russia is an aggressor capable of invasion, and that therefore the alliance may launch 'tactical,' limited and 'humane' nuclear strikes against the country in the interests of self-defense. Nobody seems to pause to consider that this is how a global nuclear holocaust could begin."

The blog's critique, which has since been republished by Czech newspaper Prvni Zpravy, emphasized that eminent world diplomats, journalists and politicians have stated that Russia has no plans to attack Ukraine or the Baltic states, despite the absurd assertions coming out of Kiev that Russia is on the brink of launching an all-out invasion of Europe.