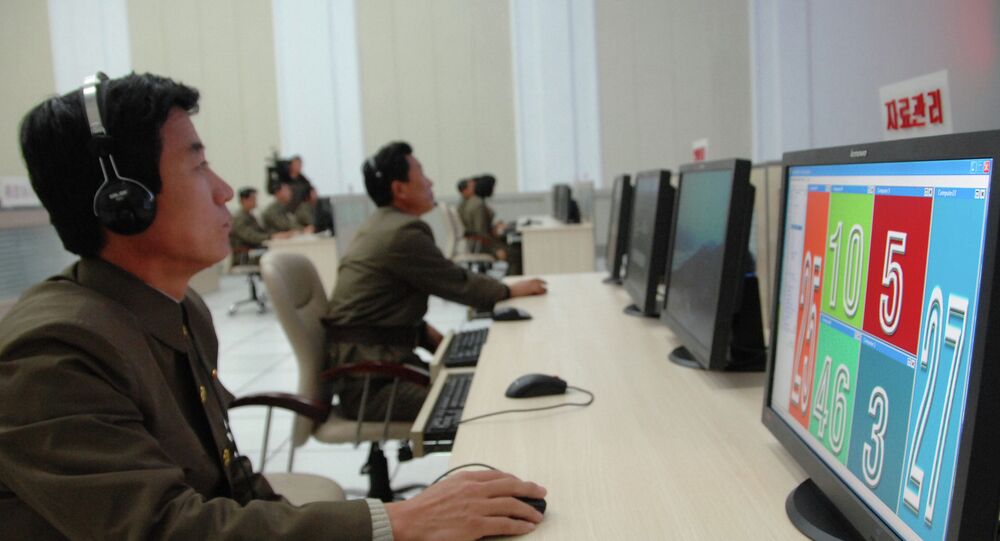 North Korean military hackers are capable of attacks on power plants and banks, and could severely destroy infrastructure, as well as kill people, a prominent North Korean defector and rights activist said Friday.

North Korea has built its own malware based on Stuxnet, a Microsoft Windows hack discovered in 2010 and widely attributed to the United States and Israel, Kim Heung-Kwang, a former Pyongyang computer science professor, said.

North Korea has been preparing for attacks because the country wants to demonstrate it has cyberwar capacity, he stated, calling for international organizations to help prevent North Korea from engaging in online criminal activity.

© REUTERS / KCNA
Kim Jong Un Calls for 'Revolutionizing' the Army's Training
In recent years, the size of the North Korean cyberattack agency has been said to have increased, and, according to some sources, includes some 6,000 military hackers. The dissident professor estimated that up to 20 percent of the North Korea’s military budget is being spent on cyber-military operations.

In November 2014, a cyberattack was experienced by US' Sony Pictures Entertainment. After the data theft, the company’s confidential information, including salaries, employee personal data and unreleased movies, was posted online. The hackers, calling themselves Guardians of Peace, demanded the company cancel a planned release of the film The Interview, a comedy depicting an assassination attempt on North Korean leader Kim Jong Un.

Later that year, the US Federal Bureau of investigation (FBI) said, in what has become a widely disputed statement, that North Korea was the culprit, adding that cyberthreats posed one of the gravest national security dangers to the United States.