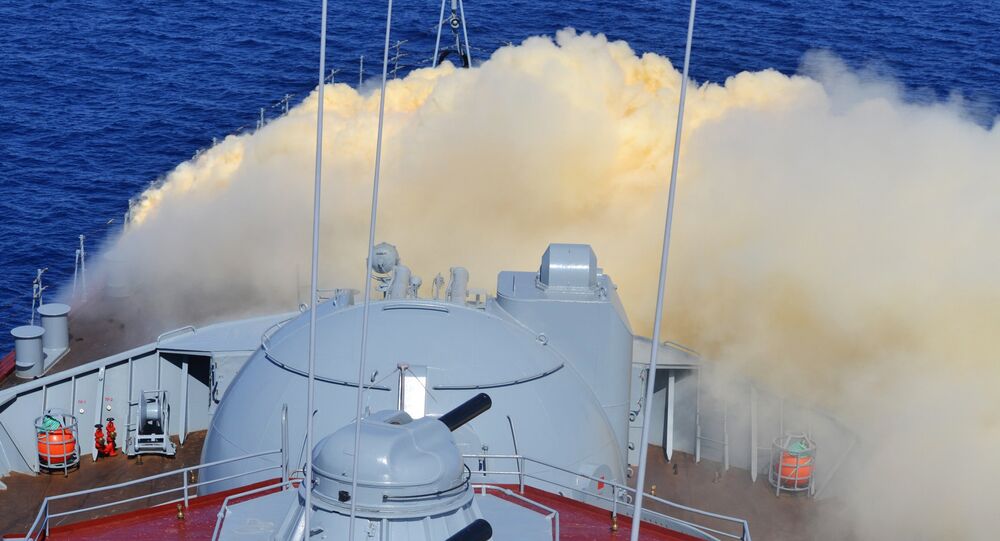 MOSCOW (Sputnik) — Beijing plans to contribute to the creation of complex, diverse and stable relations between the two countries in the military sphere, according to the strategy.

"The armed forces of the [People's Republic of China] PRC will promote mutual exchange and cooperation with the Russian army within the comprehensive strategic partnership and coordination between China and Russia," the document, published on the Chinese State Council's website, reads.

Пресс-служба МО РФ
Russian-Chinese Mediterranean Navy Drills Culminate With Depth Charges
China published the first overview of its military activities and plans in 1998 to promote transparency in its defense ministry.

Russia and China have been deepening their military cooperation lately.

Earlier in May, the two nations held naval drills in the Mediterranean Sea.