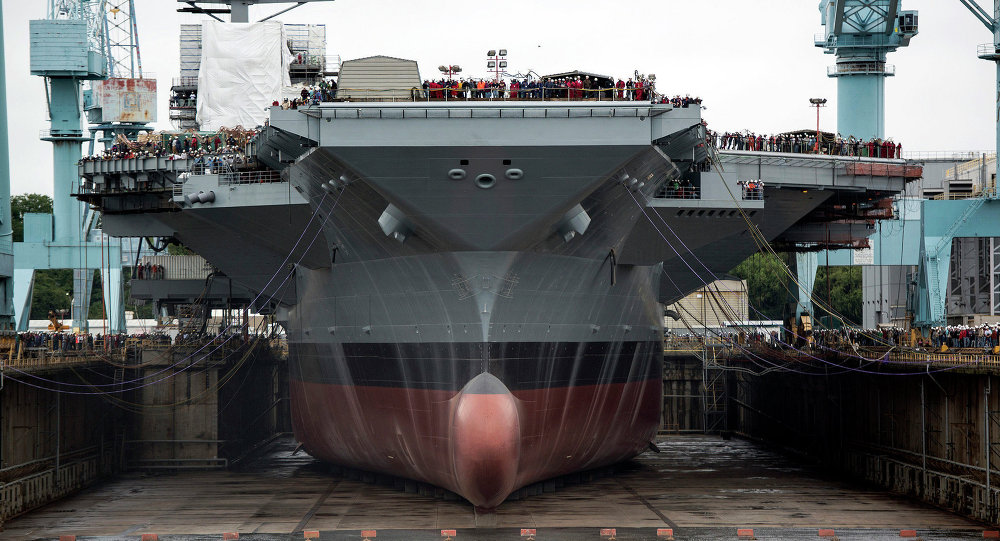 The estimated cost to the US Navy's second Ford-class aircraft carrier is already $370 million above a Congressionally mandated cap set for its construction after the USS Ford ran $2 billion over budget.

The cost of the USS John F. Kennedy was capped at $11.498 billion, but a new estimate from the Pentagon’s Cost Assessment and Program Evaluation office (CAPE) on Wednesday revised the numbers up to $11.868. That figure is a working estimate and the office is still waiting for more information from the Navy about particular costs to be confirmed.

The USS Kennedy — also known as CVN-79, using the Navy's designation for a nuclear powered aircraft carrier — is the second of three Ford-class carriers included in a program whose budget is supposed to be $42.8 billion.

Currently, Virginia-based Huntington Ingalls Industries Inc. has been building the carriers in the Ford-class program, and the Kennedy is supposed to be completed by 2023.

Since the USS Ford — slated for delivery in March 2016 — ran $2 billion over budget to a final cost of $12.8 billion, current cost overruns are likely to encounter extra scrutiny.

"Accountability must be restored to the Ford-class aircraft carrier program," McCain, who is the head of the Senate Armed Services Committee, said in a statement in response to the revised estimate. "Our nation simply cannot afford these kinds of cost overruns amid rising global threats and fiscal challenges."

McCain asserted that he expects the Pentagon to tell his committee "who is responsible for this cost overrun and what will be done to hold those individuals accountable." 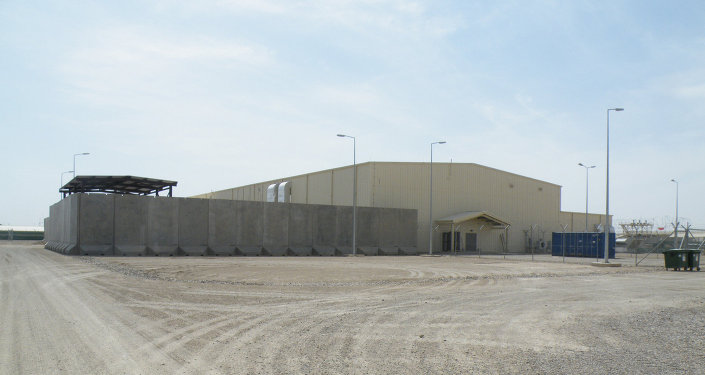 © Flickr / Special IG for Afghanistan Reconstruction
Pentagon: No One to Blame for Wasting $36 Million in Afghanistan

It does not bode well that just the day before, McCain was also issuing statements of condemnation over the Pentagon's inability to do exactly that — find someone accountable — for the waste of $36 million on a Marine facility in Afghanistan that military personnel never even used.

The Navy declined to respond to the latest estimates from CAPE.

"We do not discuss pending legislation, however controlling and improving CVN 79’s cost is of highest priority to the Navy. The Navy is committed to maintaining the cost of CVN 79 within the Congressional cost cap of $11.498 billion," Navy leaders said in a statement.

The cost increases come after many Navy officials had asserted that lessons from the USS Ford were being applied to the Kennedy to reduce costs.

"I fully expect we will build Kennedy for a billion [dollars] less than we built Ford," Rear Adm. Tom Moore told Military.com in July 2013 as the first pieces of the Kennedy were being constructed, an expectation that is now almost certainly out of reach.

US Navy
The USS Ford - seen here under construction in 2012 - ran $2 billion over budget but the Navy promised most of those costs were due to its being the first of its class and would not recur with the USS Kennedy.

The possible cost overruns — estimated at 3.2% of the original budget — are being evaluated while the Defense Department's chief weapons buyer, Frank Kendall, considers the approval of a $4 billion construction contract for the Kennedy.

Beci Brenton, a spokeswoman for Huntington Ingalls, told Bloomberg in an e-mail that the company expects a contract by June 30.

The Senate Armed Services Committee's version of the 2016 defense authorization bill, S. 1118, includes provisions to review costs for the Ford-class program and to limit some funds for the Kennedy and the third carrier in the program — the USS Enterprise.

The Ford-class carriers feature larger deck space, with an electromagnetic catapult to launch jets into the air at sea, as well as more computer automation to reduce manpower needs compared to the Nimitz class.

The new carriers are also designed to generate three times the electrical energy of their predecessors, with four 26-megawatt generators supplying 104 megawatts to the ship.

One of the reasons the Navy said the Ford cost more, and the subsequent ships will not, is that it was the first of its class, and some of the engineering that had to be completed for it will not recur with the next two ships using the same model.

For example, there were problems with the Ford's new advanced arresting gear which catches the jets as they land on deck. That particular component underwent a two year delay due to redesign needs.

However, the Ford is not entirely complete, while work has already begun on the Kennedy, and it is still being equipped with some of the new advanced technology unique to the class.

McCain has pushed to have certain "shock tests" moved up to be performed on the Ford, which the Navy would prefer to have wait to test on the Kennedy. But McCain has had concerns about the stability of the new systems.

"These issues with CVN-78 raise questions about whether now is the time to award this contract for CVN-79, " McCain said. "This latest news report does not give me confidence that the Department of Defense understands the risk and cost of CVN-79, which they will be passing along to American taxpayers."