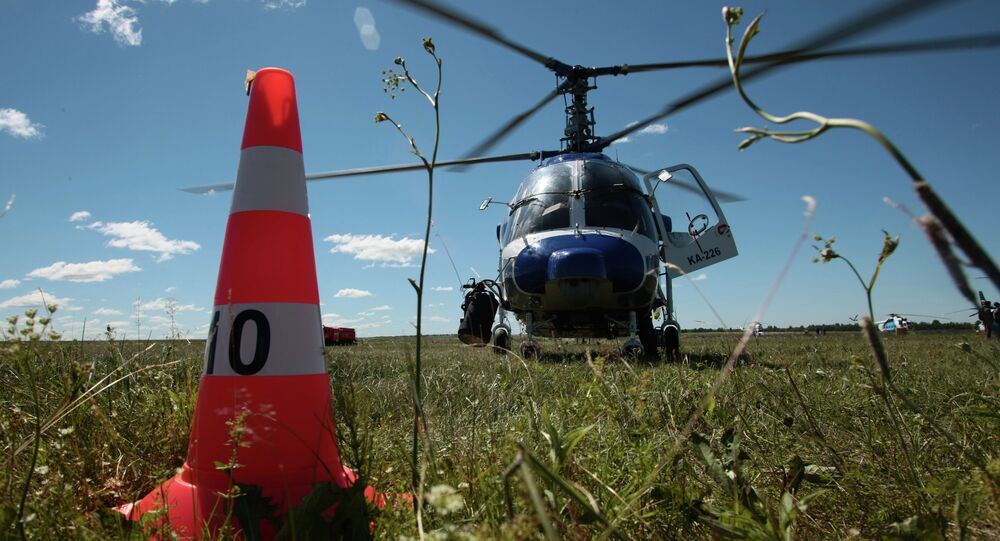 "We expect a formal notification from the Indian side on its decision to launch this project in the near future," the CEO said.

According to Mikheev, Russia's exports-imports Rosoboronexport agency will carry out the contract, with Russian Helicopters as a partner.

"This will be a new delivery design. This will be a program with production technology transfer in India," he said, adding that the sides are looking into a public-private partnership.

© Flickr / José Luis Celada Euba
Russia, India Consider Joint Production of Ka-226T Helicopters
With the maximum take-off weight of 4,000 tons, the Ka-226T is intended for cargo and passenger transportation to hard-to-reach mountainous areas as well as rescue and patrol operations.

The project is yet to develop a technological or financial model, the Russian Helicopters' head stressed.

Mikheev told reporters earlier in the day Russian Helicopters was due to deliver a total of 244 helicopters to its customers this year.

On Wednesday, Mikheev said at the Aero India 2015 international air show in southeast India's Bengaluru he hoped a joint Russian-Indian venture to manufacture the Ka-226T would emerge based on the experience with Russia-designed Sukhoi Su-30 MKI fighter jets under license in India.