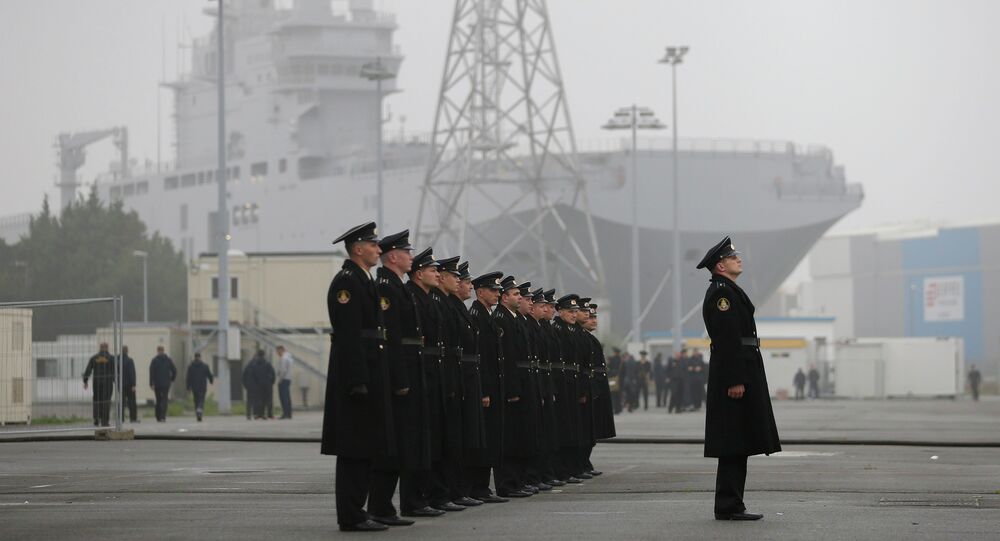 "We have such capacity, no problems. If we extremely need it, we will build this ship. Now everything is changing rapidly, and for us [the delivery of Mistrals] is not so crucial. If they are not delivered, our defense potential will not sharply decrease."

© Sputnik / Grigoriy Sisoev
France is at Sea With Mistrals, Experts Suggest Sinking Ships
Russian President Vladimir Putin said during his annual Q&A session last month that refusal to deliver Mistrals did not affect Russian defense capabilities in a negative way adding that "the contract has been first of all aimed at "supporting our [French] partners and assuring that their shipyards are busy."

Russia and France signed a $1.3 billion deal for two Mistral-class ships in 2011. The handover of the first vessel was scheduled for November 2014, but French President Francois Hollande put the delivery on hold over Moscow's alleged role in the Ukrainian crisis, a claim denied by the Kremlin.

How do you think the notorious Mistral deal will end?
Voted: 2272
All polls
Meanwhile, the upkeep and maintenance costs for the two ships will cost French taxpayers €5 million per month. Paris considered dismantling the two Mistral ships, commissioned by Russia, or selling them to a third party, French media reported.

Earlier in May, Russian newspaper Kommersant reported that Paris had proposed to terminate the contract, offering to pay some 785 million euros ($865 million) back, on condition that Russia allows France to sell the ships to a third party. Moscow, reportedly, denied the offer, since the costs and losses Russia associated with the breach of the contract are currently estimated at about 1.163 billion euros.

French Mistrals May Be Used to Save Refugees in Mediterranean