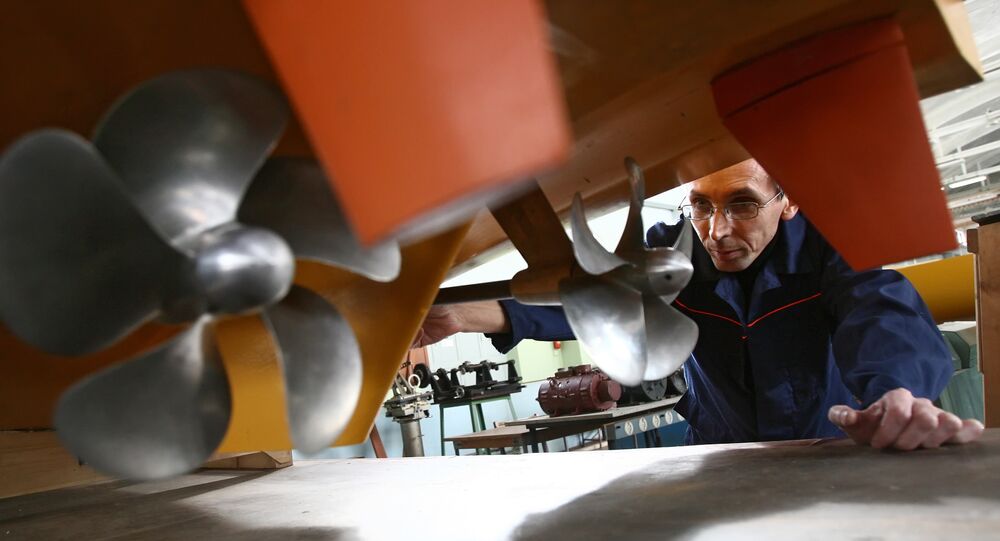 © Sputnik / Igor Zarembo
Russian Navy to Order New Warships to Strengthen Positions in Global Ocean
In addition to aircraft carriers built for the Russian Navy, the developers created an import version of the ship, which might be extremely interesting to many foreign customers.

The ship's power plant will be either a conventional power plant or a nuclear one, depending on potential customers' requirements, Rossiyskaya Gazeta said.

"Storm" can carry 90 deck-based aircraft for various combat missions. The carrier has two ramps and two electromagnetic catapults to launch aircraft from its deck.

To defend itself from aerial attacks, the aircraft carrier has air-defense missile and anti-torpedo defense systems.

Russian Navy to Begin Construction of a Brand New Icebreaker