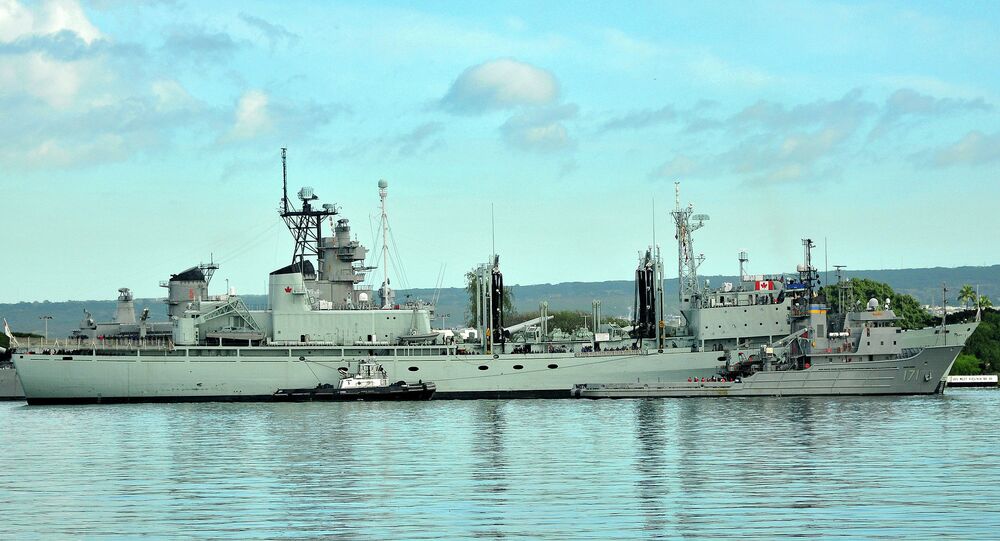 Mechanics for the Canadian Navy apparently had such difficulty finding replacement parts for supply ships that they resorted to searching for them on eBay, according to newly released government documents.

The briefing notes, addressed to Vice-Admiral Mark Norman, indicate that technicians in Halifax, Nova Scotia, were facing an uphill battle to keep the HMCS Preserver shipshape.

The notes from May 2014, obtained by the Canadian Press, reported than many parts of the 45-year-old supply ship were damaged or corroded "beyond acceptable limits."

A "disproportionate amount of time" was being used to locate spare parts, which manufacturers had stopped producing, and "some of which have been procured via eBay," the documents report.

The HMCS Preserver and its sister ship the HMCS Protecteur were both already slated to be retired, but even keeping them in proper condition until retirement was proving a challenge.

"It will be very difficult to continue to confidently operate her at sea until her planned divestment date in 18 months," said the briefing note from May 9, adding that it "was no longer viable to expend limited resources" on their upkeep.

Both ships had been scheduled to be replaced in 2008 but the plan was rejected by the conservative government over cost concerns, and replacements are still at least 8 years away, the Chronicle Herald reports.

Meanwhile, Protecteur — which was gutted in a fire — has been decommissioned, while Preserver's final retirement has yet to be announced.

The Canadian Navy will also be retiring two Iroquois-class destroyers, which will result in an air defense gap, as reported in a separate set of briefing notes. And the retirement of the two supply ships means Canada will have to rely on allies for longer-range missions that require resupply.

Liberal MP Marc Garneau told the Chronicle Herald that the sorry state of the fleet owed much to Conservative Prime Minister Stephen Harper's desire to beef up Arctic military resources — pointing out that he cancelled the replacement ships to order Arctic destroyers instead.

As arctic ice sheets melt, opening up new waterways, Arctic powers like Russia, Canada, and the US are scrambling to reconfigure their strategies for how to manage commerce, oil exploration, and security in the region in the face of shifting geography.

"Mr. Harper decided he wanted to be known from a legacy point of view as big on the Arctic and has gone up every year for that photo-op," Garneau said.

"That’s all driven by politics."