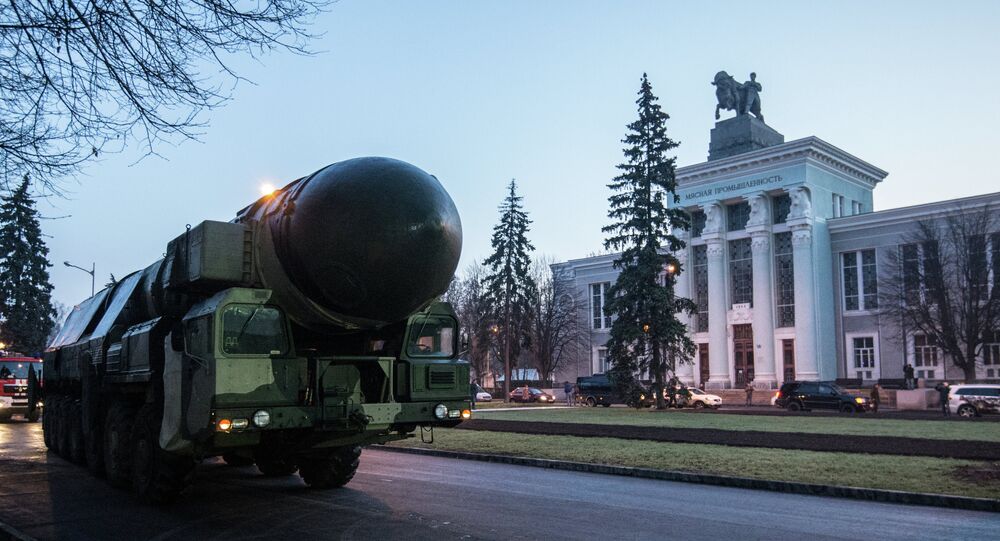 Hardware of the Russian Strategic Missile Forces (SMF), including the Topol intercontinental ballistic missile (ICBM) launcher, will arrive at the venue of the Army-2015 military-technical forum on May 20-21, the country's defense ministry stated Monday.

MOSCOW (Sputnik) — The machines will arrive to the Patriot Park, where the expo is being held, in the town of Kubinka in the Moscow Region.

© Sputnik / Ramil Sitdikov
The Topol-M ICBM Launcher Comes to Moscow
10
The latest modification of the RS-24 Yars (SS-29) ICBM launcher's training simulator will be unveiled for the first time at the event.

The MIOM engineering combat support and camouflage vehicle will also be premiered at the expo.

Organizers estimate that more than 100,000 visitors and military professionals from over 100 nations will attend the June 16-19 event.

Russian drones, planes and other vehicles will also be displayed during the forum, which aims to bring together potential arms developers, suppliers and buyers in one venue.