Russian Land Force plans to conduct five joint peacekeeping and counterterrorism military drills with the armed forces of India, Mongolia, China, Belarus and the Collective Security Treaty Organization (CSTO) countries in the second half of 2015. 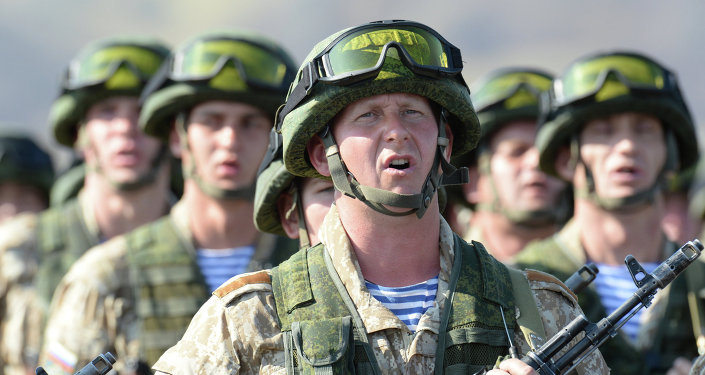 © Sputnik / Sergey Kuznecov
Rapid Reaction Force of CSTO Starts Snap Combat Readiness Check
SOCHI (Sputnik) – According to the statement, in 2015 Russia will conduct as many as 18 military exercises in which different divisions of the Russian armed forces will take part.

A statement prepared for the Wednesday meeting between Russian President Vladimir Putin and defense officials in the southern city of Sochi reads: