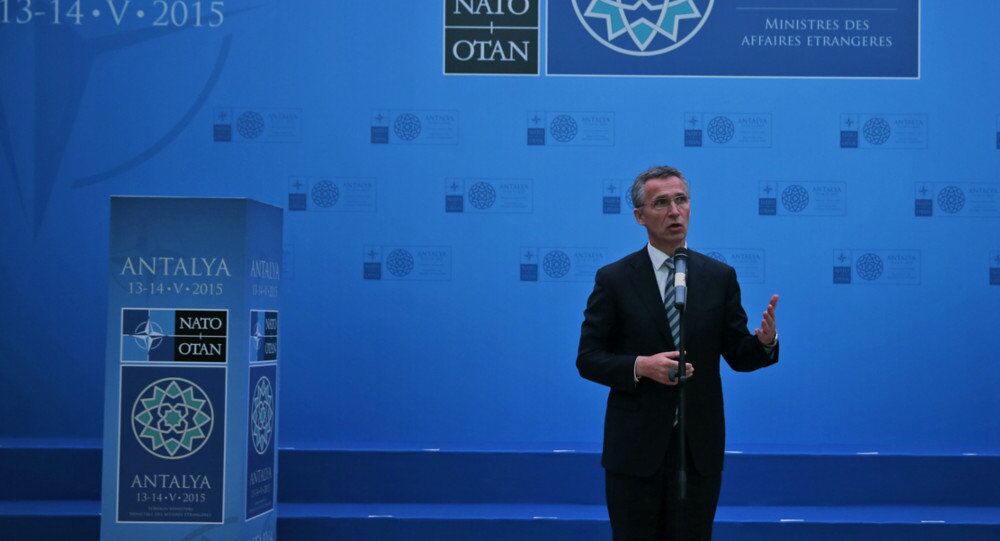 NATO Secretary General Jens Stoltenberg has opened the organization's two-day meeting, attended by US Secretary of State John Kerry, by increasing pressure on Russia over Ukraine amid calls for thousands of troops to be sent to the Baltic region.

US Secretary of State John Kerry arrived at the NATO Foreign Ministers' meeting in Antalya, Turkey, fresh from his meeting with Russian President Vladimir Putin, during which the situation in Ukraine and the Middle East were discussed. Kerry said:

"We are in significant agreement on the most important issue of all, which is that [the conflict in Ukraine] will only be resolved by the full implementation of Minsk and all of us have responsibilities to undertake in order to affect that implementation."

However, it emerged that NATO is being asked to send in thousands of troops to the Baltic Region in a further show of power by the western military organization.

Stoltenberg told the delegates in Turkey: "The main message is that the Minsk agreements have to be implemented in full, the ceasefire has to be respected, heavy weapons have to be withdrawn and we call on Russia to stop supporting the separatists and to withdraw all its forces from Eastern Ukraine. Actions speak louder than words, so now is the time to act and there is urgency when it comes to the full implementation of the Minsk agreements."

He told reporters in a news conference on Wednesday that, although pressure would be kept up on Russia, diplomatic links would still remain open.

"I think that the talks that Secretary Kerry had with President Putin and Foreign Minister Lavrov are very much in line with this approach of suspending practical cooperation, imposing economic sanctions and at the same time keeping channels for political dialogue open."

The NATO meeting was told that a request has been sent from the governments of Estonia, Lithuania and Latvia calling for the formation of a new unit of thousands of troops similar to the Berlin Brigade that was stationed in Germany during the Cold War.

Lieutenant-General Riho Terras, commander-in-chief of the Estonian defence forces told The Times: "Something similar to the Berlin Brigade would be very useful. Every Baltic state would have a battalion — say, one battalion in Poland and one in each of the Baltic States."

However, Keir Giles from London-based think-tank Chatham House told Sputnik the calls for thousands of troops to be sent to the Baltic region was not an aggressive reaction. He said:

"This is NATO moving to safeguard its member states. This is in no means an escalation. It's plain from those assets that have been put in place in the Baltic States already and those that are planned, that this is an entirely defensive measure."

Kerry Claims US Would Prefer Not to Keep Anti-Russian Sanctions