Russian and Chinese ships will begin crossing the Black Sea on Thursday. 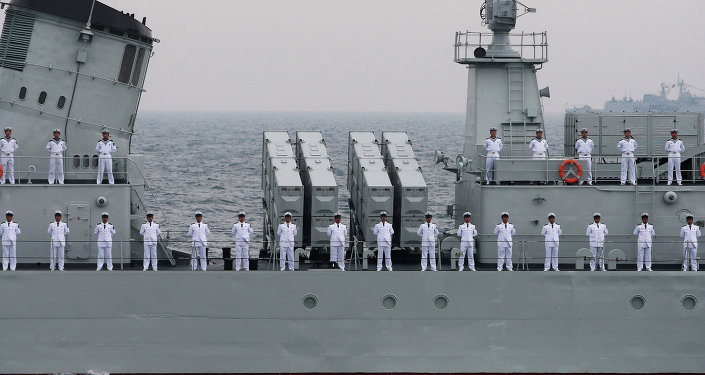 © AP Photo / Pool/ Guang Niu
Russian-Chinese Drill in Mediterranean Sends Signal to US – Western Media
MOSCOW (Sputnik) – A group of warships from the Russian and Chinese navies will ply the Bosporus Straits on Thursday and cross into the Mediterranean Sea to hold joint military exercises, a spokesman for the Russian Defense Ministry’s Naval press service said.

The Sea Coopeeration-2015 exercise will run until May 21. A total of nine ships from Russia and China are taking part in the first drill of its kind to happen in the Mediterranean.

The naval drill will include live-fire exercises in the strategic sea that connects Europe, Africa and the Middle East.