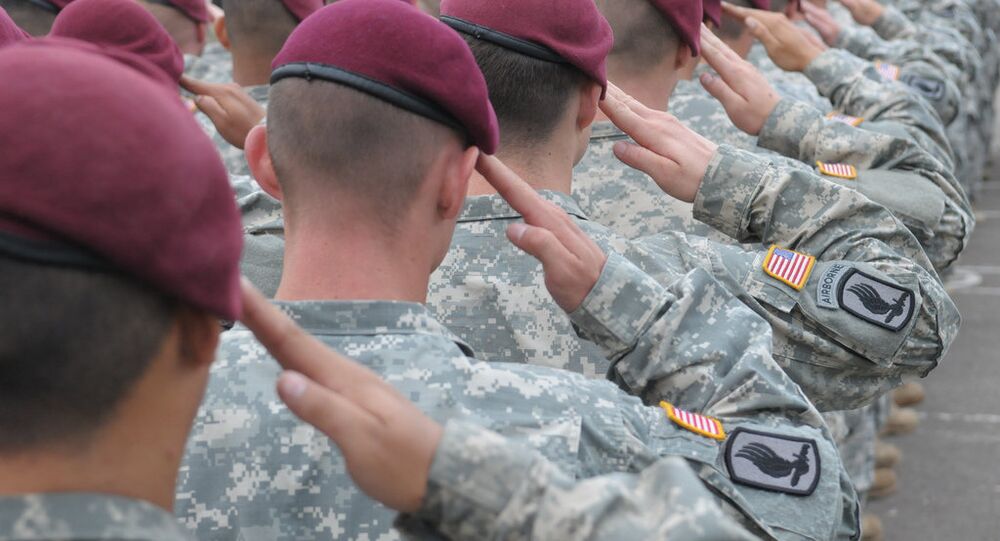 A US delegation, headed by commander of the United States Army in Europe, will visit a training center in Western Ukraine, where US paratroopers are on a six-month-long mission to train Ukraine's National Guard.

"The US delegation will visit the International Peacekeeping and Security Center at the Academy of Ground Forces named after Hetman Petro Sahaidachny," press secretary of Ukraine's Ministry of Defense Victoria Kushnir said, adding that Ukrainian conscripts undergo their training at the IPSC.

The delegation is headed by Lt-Gen Frederick "Ben" Hodges, the commander of the United States Army in Europe.

The IPSC is located in the city of Yaroviv, where 290 US paratroopers and 900 Ukrainian soldiers are taking part in the six-month-long Fearless Guardian operation, launched in April.

Russia has warned that the US program aimed at training Ukraine's National Guard units could destabilize the situation in the southeastern regions of Ukraine and undermine a complex peace process as Moscow pushes for the peaceful resolution of the deadly crisis in the war-torn region.

© AFP 2021 / PETRAS MALUKAS
Toeing the Line: US-Ukraine Army Drills Inexplicably Shift Close to Conflict Zone
The visit comes at a time when the United States is stepping up its military presence and enhancing joint drills in Europe as a response to Russia's nonexistent aggression and alleged meddling in Ukraine's internal affairs. Moscow has repeatedly denied involvement in Ukraine's civil war.

Ukraine is expected to participate in 11 international military exercises in 2015 aimed at promoting NATO standards. The US-Ukrainian Rapid Trident ground drills, scheduled to be held in Yaroviv, and a multinational maritime Sea Breeze exercise will be the largest.