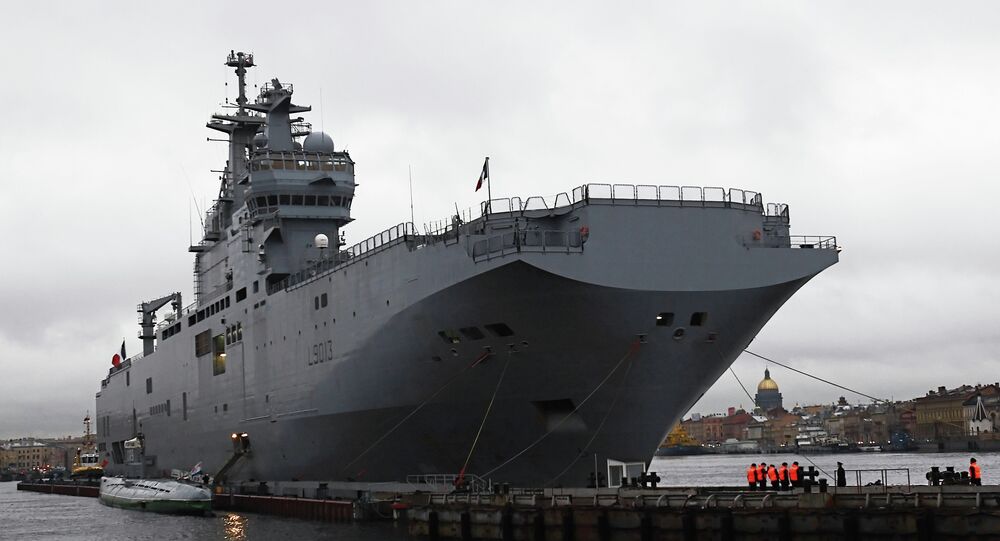 PARIS (Sputnik) — Last week, Rogozin said that France is unable to use the Mistral ships, adapted especially for the Russian Navy, for its own purposes, nor is it allowed to sell them without Moscow’s permission.

© Sputnik / Alexei Danichev
France Cannot Sell Mistral Ships Without Russia's Approval
When responding to reporters' question on the situation with the Mistral helicopter carriers, the French Foreign Ministry’s spokesman Roman Nadal on Monday said that “The French authorities have repeatedly commented on this issue,” refusing to make any additional statements.

Russia and France signed a $1.5-billion deal for two Mistral-class ships in 2011. The handover of the first ship was scheduled for November 2014 but the ceremony was cancelled. French President Francois Hollande put the delivery on hold, citing alleged interference by Moscow in the Ukrainian crisis.

Russia has repeatedly denied its involvement in the Ukrainian conflict, and has condemned France's failure to deliver on its contractual obligations.

In April, Hollande said that Paris could return Moscow’s payment for the warships if the contract is terminated.

France Could Sell Mistrals Built for Russia to China