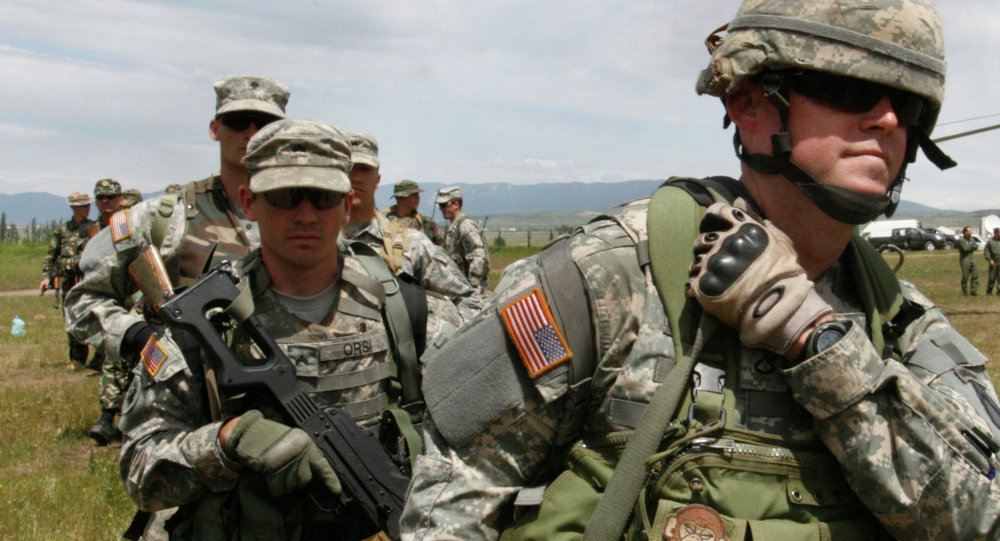 Joint military drills involving US and Georgian servicemen, known as the Noble Partner exercise, kicked off at a military air field and firing-ground in Vaziani, some 16.5 miles east of the Georgian capital Tbilisi.

Approximately 600 US and Georgian troops from the infantry and mechanized infantry brigades as well as a police platoon will take part in the two-week-long drills. The exercise will involve field training and live fire drills.

The United States Army Europe (USAREUR) said that a full range of military hardware would be used in the drills, including 14 US Bradley infantry fighting vehicles, transported from Bulgaria to Georgia for the occasion.

M2A3 Bradley Fighting Vehicles cross the Black Sea from Bulgaria to Georgia to be used in Exercise Noble Partner. pic.twitter.com/vhwHIy3fDB

Officially, the drills are aimed at enhancing US and Georgian NATO Response Force (NRF) interoperability, since Georgia will contribute a light infantry company to the NRF in 2015 and 2016 for the first time in the country's history.

The joint drills are part of Washington's ambitious plan to expand the presence of the US forces and enhance exercises in Europe under the banner of Operation Atlantic Resolve, launched in 2014. The US campaign is carried out under the pretext of protecting Washington's European partners, especially in Eastern Europe, from Russia's putative threat and alleged meddling in Ukrainian affairs.

While the United States military is increasingly active in Europe, Moscow has made every effort to secure implementation of the Minsk II agreements aimed at bringing peace and stability to war-torn Ukraine.