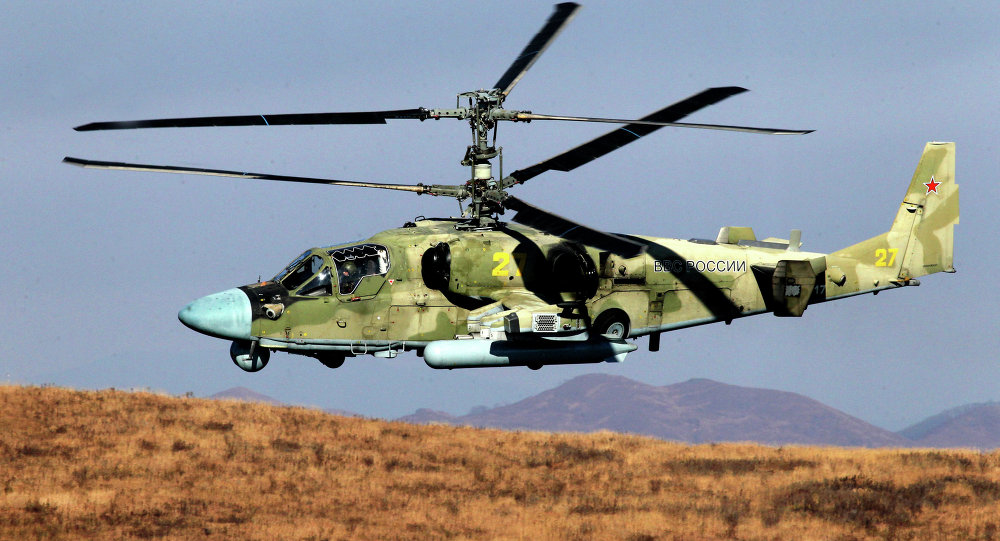 The helicopter was designed to destroy tanks, armored and non-armored ground targets, as well as enemy troops and helicopters.

MOSCOW (Sputnik) — The Ka-52 Alligator (Hokum B) is a Russian all-weather attack helicopter, which can be used both in reconnaissance and combat missions.

The helicopter was designed to be capable of destroying tanks, armored and non-armored ground targets, as well as enemy troops and helicopters.

The Ka-52 Alligator is equipped with a 30mm automatic cannon, and can also carry laser-guided anti-tank missiles, short-range air-to-air missiles and other missiles or bombs.

The Ka-52 Alligator can travel at a speed of over 180 miles per hour and reach an operational ceiling of nearly 3.5 miles.