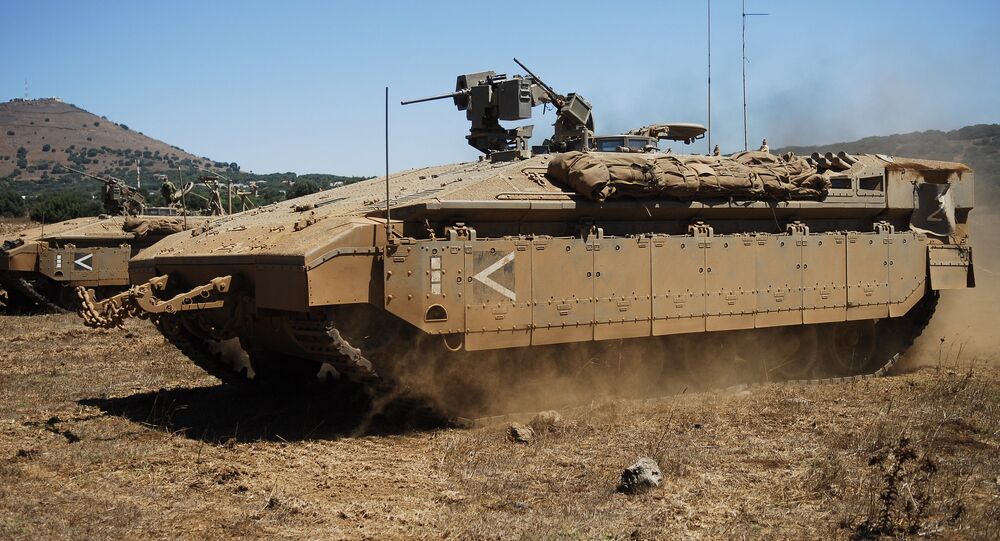 GDLS will produce kits for the Israeli Namer ("leopard" in Hebrew) armored personnel carrier (APC) which is based on the chassis of a Merkava, the Israeli military's main battle tank.

The six-year contract calls for GDLS to produce kits for the vehicles, with final assembly taking place at an Israeli Ministry of Defense facility south of Tel Aviv, where local industry will provide other components and subsystems. GDLS previously had another contract — now concluded, and also funded through US military assistance — for $250 million to produce Namer engines in the US.

"The Namer is considered to be the most heavily armored carrier in the world, and has proven its capabilities in Operation Protective Edge against myriad threats," the Ministry stated, referring to the war in Gaza last summer, adding that the vehicles saved "many lives."

Previous to that war, the Israeli MoD had planned to halve the number of Namers it ordered. But an incident in which seven infantrymen were killed when an anti-tank missile hit their 50-year-old M113 (a model first used by the US in Vietnam) and subsequent public criticism led officials to rethink the cuts.

The carriers will be equipped with the Trophy active protection system (APS), which helps defend against shoulder-held missiles and mortar attacks common to fighting in Gaza and Southern Lebanon. Though Merkava Mk4s have had APS in the past, the handful of Namers in the field since 2009 have not.

Though the production kits will be US-made the MoD stressed the boon to local Israeli industry as well, noting that "200 plants all across Israel, which directly or indirectly employ some 10,000 workers," will provide component parts.

The US spends about $3 billion a year in aid to Israel, more than half of the US' aid spending worldwide, and which provides about a quarter of the Israeli defense budget. Israel spends about 75% of that aid buying US-made products.