The Russian Defense Ministry’s decision to publish high-resolution photographs of its new military hardware, including the T-14 Armata tank, caused quite a stir among readers worldwide who filled comment sections of Western media outlets.

Most readers were awe-struck, amazed by Russia's new tank, admitting it has no equals among other tank models around the world.

"In 2008, I was in Moscow and witnessed this parade in Red Square, what can I say it was awesome, it sent shivers down my spine," user Nikko from Bulgaria commented on the Daily Mail.

"More reasons to disband British army as a sign of friendship. Cameron will negotiate non-aggression pact with Putin and there will be peace in our time."

"Never underestimate Russian resolve, scientific prowess and resourcefulness. It is a country capable of great feats. Hitler made that mistake. We did not defeat the USSR — it dissolved because of its internal contradictions." — Washington Post reader MJR3 said.

And of course, there were few haters, who were quick to sling mud at the new technology.

Grant Fisher from Brum, UK did not seem to believe that the Russian tank would have a chance against NATO hardware:

"Armoured vehicles are so out dated on the battlefield of today's world. Mechanised infantry and fast air would just tear these armoured vehicles into coffins for the crews driving them. Troops carrying javelin misses wouldn't have any trouble with any of the vehicles above. An if they have air support from the American A-10 tank buster you're going to have a bad day."

The only thing Mr. Fisher forgot was that Russia also has great air defense to protect its tanks from aerial attacks, unlike countries, against which NATO launched its attacks during the last decade. 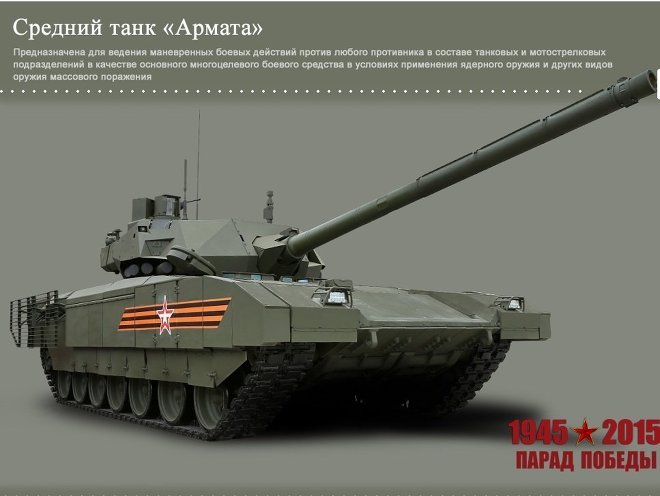 Russia's new Armata tank is set to undergo trials in 2016. Uralvagonzavod is expected to supply over 2,300 of the new tanks to the Russian military by 2020.