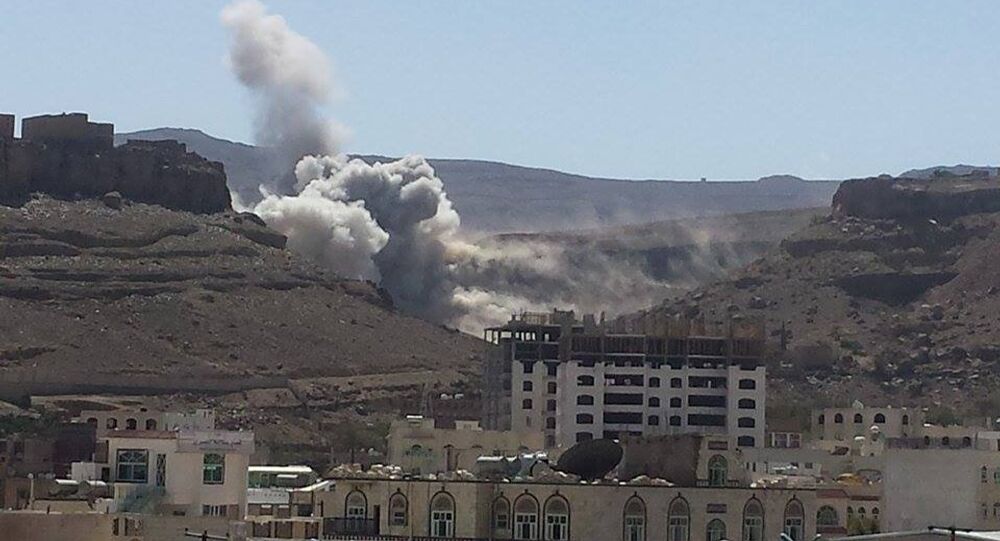 Sudan's Defense Ministry adviser claims that the Saudi-led coalition's airstrikes against Houthi positions in Yemen will not yield any significant results without a ground operation.

"Airstrikes, which are currently carried out in Yemen, have to be backed by ground intervention. Otherwise, there will be no practical use or effectiveness of the enormous efforts made by the coalition's Armed Forces to quash Houthis," Younis Mahmoud said.

Mahmoud also stated that in the last two days several troops from a Saudi-led Arab coalition landed in Yemen's southern city of Aden to create a military base that will deal with distribution of humanitarian aid for the city's residents.

© REUTERS / Saudi Press Agency/Handout via Reuters
Sudan Ready to Send Ground Troops to Yemen if Needed – Minister
In addition, the establishment of the base "will allow the coalition to define the Houthis' positions more precisely," a move necessary for preparation of a ground operation, Mahmoud pointed out.

More than 1,200 people have died and over 5,000 have been injured in Yemen since the escalation of the armed conflict in the country, according to recent World Health Organization estimates.