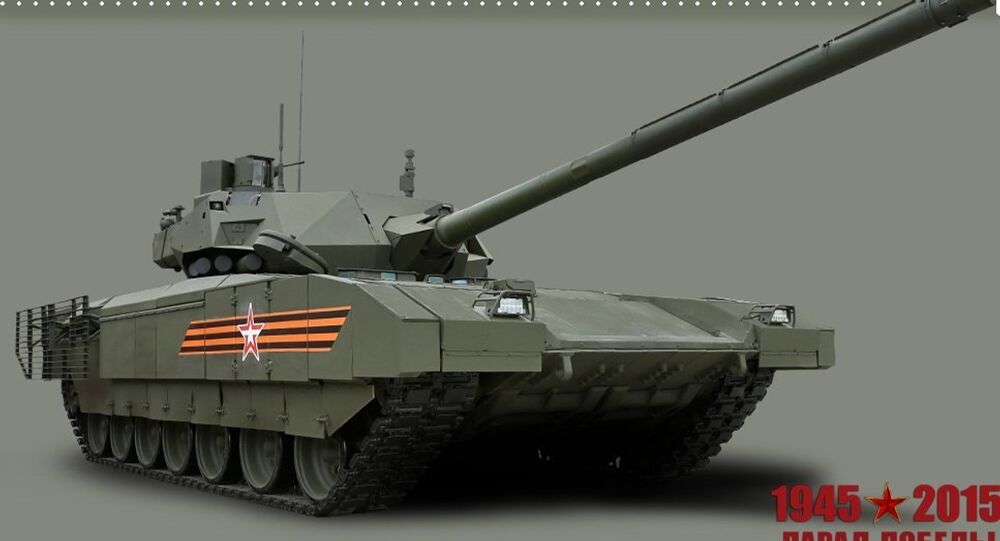 Never before seen types of military hardware, including new Armata main battle tanks and infantry fighting vehicles, will be showcased during the Moscow Victory Day Parade on May 9.

The Russian Defense Ministry posted on its website photos of its latest, most advanced models of military hardware that will be displayed in the Moscow Victory Day Parade on May 9.

© Sputnik / Maxim Blinov
Nighttime Rehearsal of WWII Victory Parade Wows Muscovites
14
Earlier, Russian Defense Minister Sergei Shoigu said the upcoming Victory Parade, marking the 70th anniversary of the Soviet Army's victory over Nazi Germany in World War II, will be the largest in Russia's recent history. Over 15,000 personnel and about 200 pieces of military hardware will be on display, including weaponry never before seen by the public.

The Russian Defense Ministry has previously confirmed that it will roll out a new-generation Armata main battle tank with an unmanned remotely-controlled turret.

This year's premieres include high-end armored personnel carriers, high-precision self-propelled artillery systems, as well as the famous Sukhoi Su-30 and Sukhoi Su-35 fighter jets. The historical part of the march-by will feature the legendary T-34 battle tanks, the mainstay of the Red Army in the 1940s.