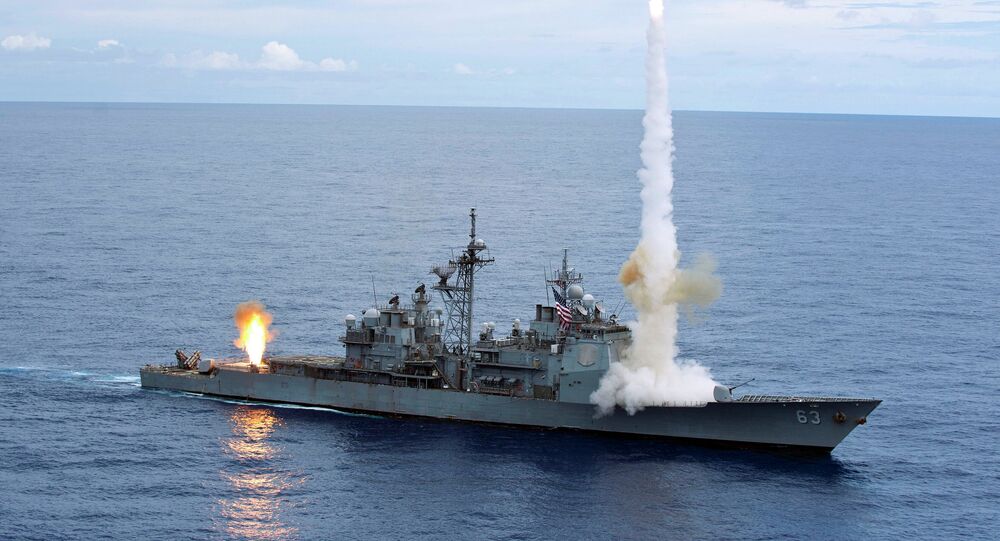 US lawmakers are seeking to shorten the amount of time Navy cruisers can be taken out of service to receive upgrades. While ships are typically docked for four years to administer improvements, Congress is concerned that such a long time span could leave the US fleet vulnerable to perceived Russian and Chinese threats.

Ships take a beating at sea. Rough seas force any sea-going vessel to undergo regular maintenance. When you consider the fact that Navy ships need to be ready for the most sophisticated combat, that means military officials need to be extra vigilant in maintaining those critical upgrades.

Since the entire fleet can’t be taken out of service at once, the Navy has a schedule in place which allows two cruisers to be anchored for modernization each year. They can then receive upgrades for four years before being launched back onto the high seas.

No more than six cruisers can be involved in modernization at any one time.

It’s known as the “2-4-6” plan, and during their time in port, the ships receive hull, mechanical, and electrical improvements, as well as combat systems modernization. And as an added benefit, it saves taxpayers money. Even with the cost of the upgrades, keeping cruisers anchored is far cheaper than having them in operation.

But the House Armed Services Committee’s Seapower and Projection Forces subcommittee has proposed new legislation which would cut down on that four year period, reducing it to two. This plan is known as "2-2-6."

If the new plan passes, it could have major cost effects on a US military already looking for ways to cut its budget.

"The Navy’s original cruiser phased modernization plan would have saved approximately $4.5 billion over the entire program. Under the current 2-4-6 plan mandated by Congress, those savings are $300-$400 million…" Chief of Naval Operations Adm. Jonathan Greenert wrote in a letter to the HASC. "The proposed 2-2-6 language would eliminate all savings, as a two-year period does not support crew reduction."

But cost means little when you’re concerned about the floating bear. According to Representative Randy Forbes, chairman of the subcommittee, the shortening of the modernization period is necessary to respond to combatant commanders’ demand for ballistic missile defense capabilities in the face of perceived Russian aggression.

"The Navy’s original cruiser plan would have accomplished one thing, removing a significant portion of the Navy’s ballistic missile defense capability from the fleet at the same time the demand for those capabilities is growing exponentially," Forbes said.

Greenert also notes other problems with the 2-2-6 proposal. If passed, it could threaten the Navy’s long-term plans to ensure the longevity of its cruiser fleet.

"Under the Navy’s original PB-15 plan, the final CG [cruiser] retirement would have occurred in 204, at a significantly reduced cost to the Navy," he said in a written testimony to Congress last month.  The 2-2-6 plan would force those cruisers to retire in 2035, which could cause a significant military spending crisis when the Navy is forced to prematurely rebuild its cruiser fleet.

The Navy isn’t the only US military branch grappling with budget issues. On Wednesday, the House Armed Services Committee also proposed major spending cuts to the US Air Force’s Long Range Strike Bomber program, gutting the project by $460 million.