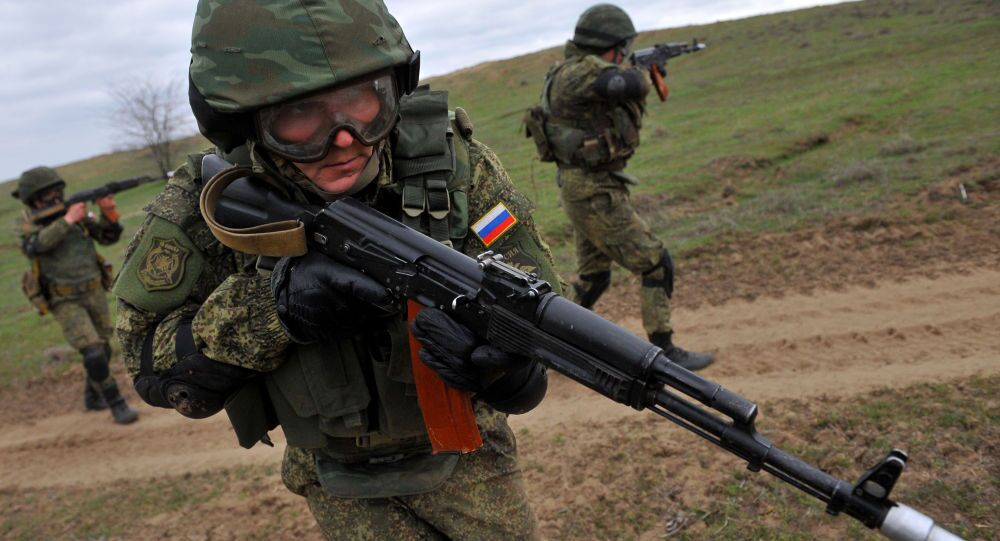 © Sputnik / Alexei Filippov
Russian Tanks, Armored Vehicles Prepare for Netcentric Warfare
Speaking at a military recruitment center in St. Petersburg, Shoigu explained that this past Saturday, the 300,000th professional soldier signed up for the Russian Army. According to the Defense Ministry, the new record figure is nearly 24,000 soldiers more than the current 276,000 serving as conscripts.

Talking to St. Petersburg resident Pavel Sidorov, who became the 300,000th contract soldier to join the military, General Shoigu noted that "the Russian Army now has more troops from the contract service than from conscription. Gradually, this figure will only increase. We hope that ultimately, the army will become fully professionalized. Good luck to you!"

By the end of 2015, the Russian Armed Forces expect to increase the number of soldiers serving under contract to 352,000. By 2020, the Russian Army hopes to raise the number further, to half-a-million. Professionals are already set to replace conscripts in all positions of command authority from the sergeant level by the end of the year, with the government also pushing hard to replace conscripts in the submarine and surface fleets. Most of the country's battalions standing on permanent readiness, as well as special purpose units, are already comprised entirely of professionals.

© Sputnik / Ramil Sitdikov
Russian T-14 Armata: Most Powerful Tank in the World in Details
The Defense Ministry has high hopes for a number of initiatives aimed at attracting educated, quality personnel. This includes a program inviting recent graduates from post-secondary institutions for two years of service as contract soldiers, in the place of 12 months of compulsory service as conscripts. The government also has several programs aimed at enticing servicemen for long term service, offering special subsidized military mortgages for professional soldiers and their families after three years of service.
...
Reddit
Google+
Blogger
Pinterest
StumbleUpon
Telegram
WhatsApp
195

German Army Has No Chance Against Russian Tanks - German Newspaper